An estimated 500,000 new homes need to be built every year to keep pace with the expanding population and to address the estimated backlog of 3 million housing units. Meanwhile, a new law that grants residency to foreign property buyers is expected to prompt a surge in demand from abroad. 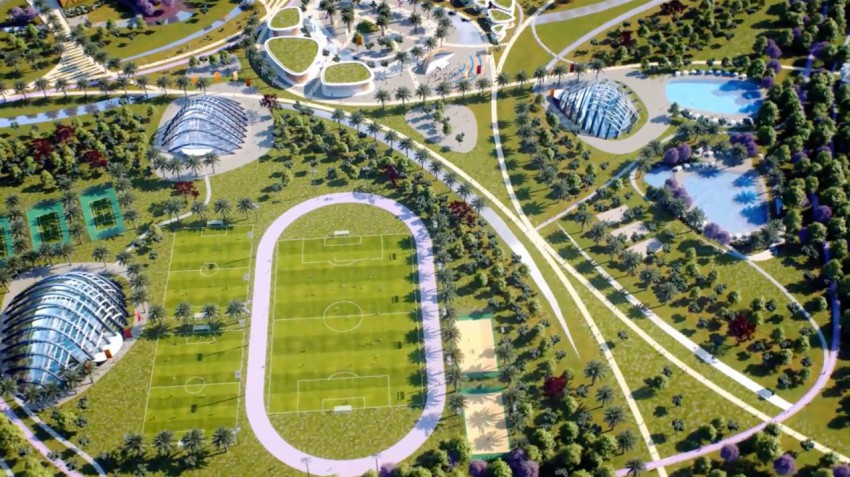 Following the devaluation of the Egyptian pound in November 2016, real estate prices rose around 30 percent year on year as citizens and investors invested in property as a means to keep their money safe. At the same time the weakened pound also drew more foreign property buyers, which also contributed to high price rises.

As the currency has stabilized, the rate of growth of prices has fallen. But despite the slowdown, the real estate sector is still growing at a healthy 15 percent and is buoyed by stable economic fundamentals and real demand for housing that is not going to let up.

With Egypt’s population growing by 2.5 million a year, 500,000 housing units need to be built annually to meet current demand. A sizeable part of this demand can be attributed to newly married couples that still adhere to tradition. Even today, modern newlyweds in Egypt will look to immediately buy a house or apartment rather than rent like their counterparts in Europe and the U.S.

“Egypt is a very unique country in terms of real estate. It’s a country of 103 million people. There is definitely genuine demand because of the number of marriages and people who want to move out of Cairo, maybe moving to the west and east as Cairo doesn’t expand to the north and south,” says Mr. Yasseen Mansour, Group CEO and Chairman of Palm Hills Development.

Another unique feature of the Egyptian property market is the extremely low rate of mortgages, with many home buyers having to pay for their houses up front due to the lack of mortgages on offer. This, Mr. Mansour says, acts as a doubled-edge sword.

“It works as a bad thing because there’s such huge potential to be unlocked in the real estate market if we have an efficient mortgage system,” he says. “It’s good in the sense that it works as a shock absorber in case of bad times. We’ve seen this with the crises in 2008 and 2011 – one was the international financial crisis and the other was Egypt specific. In both cases, Egypt’s real estate market was extremely resilient.”

With a new law on residency permits for foreign property owners, there is expected to be a surge in demand from abroad that will also drive real estate sector growth, alongside increasing demand from Egyptian expats. A one-year residency permit will be granted to buyers of properties valued at $100,000; while three-year and five-year permits will be offered to those who buy properties worth $200,000 and $300,000 respectively.

Mr. Mansour is particularly optimistic about the opportunities this new law will bring about for Palm Hills, which has already seen its portion of sales going to Egyptian expats jump from around 6 percent to 18 percent following the currency devaluation.

“The new law which grants residency to foreigners is a huge thing that will help us a lot. When I say we will have new sales of 14 billion this year: that is from the sale of around 3,400 to 3,500 units. I can easily see us increasing this by 50 percent by going abroad and trying to sell this residency program,” says Mr. Mansour, who sees most of the demand for permits coming from citizens from other countries in the Middle East and North Africa (MENA) region.

Set to become a hub for entrepreneurship, creativity, art, education and healthy living, Badya City is Palm Hills’ flagship development. Situated on 3,000 acres west of Cairo and adjacent to 6th of October City, Badya’s location capitalizes on the new road, monorail and high-speed train networks that connect it with new points of interest and bridges Cairo’s west and east sides.

Aside from 30,000 residential units, 16 percent of which will be standalone, Badya Creative City will also comprise of commercial, retail, educational, leisure and medical facilities. A beacon of health and sustainability, Badya promotes a
healthy lifestyle – applying the ‘510-15 urban walkabilty’ rule with highly accessible pedestrian zones – and is the first city in the MENA region to fully comply with the UN Sustainability Goals.

Another important goal for Palm Hills with the Badya development was not only promoting healthy living, but also providing a lower cost of living for residents through the adoption of technology and innovative building.

“We think our selling point in Badya will not only be creative, innovative and high-tech knowledge, but it’s also the reduction of opex (operational expenditure) using high technology. People were always worried about the capex (capital expenditure) to buy the unit. Now what’s becoming more important is the upkeep of the unit. With the removal of the subsidies in electricity, water and gas, life is becoming much more expensive,” explains Mr. Mansour.

One highlight innovation that will help to reduce opex is the city’s design. Palm Hills purposefully constructed the city in such a way that the placement of the buildings creates a corridor of air that decreases the temperature by 2 to 3 degrees centigrade, which in turn will reduce consumption of electricity to power air conditioning.

“We’ve also reduced the size of the unit and improved engineering to make it more efficient. We’ve done this with our intention to reduce people’s opex (their monthly payment) by up to 30 percent of what they’re paying, which I think will help a lot of people to move and live comfortably in Badya.”

Badya will also be one of the MENA’s smartest cities thanks to Palm Hill’s collaboration with IBM, which aims to pioneer the notion of cognition in a multitude of lifestyle solutions. As such, Badya will be the first truly cognitive city in Africa, the Middle East and Europe, designed to attract the talented, tech-savvy and creative class of young Egyptians that will help to build the Egypt of tomorrow.