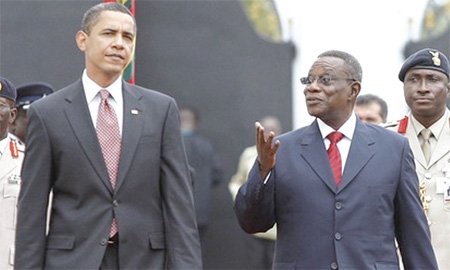 Ghana is well accustomed to setting benchmarks. It was the first sub-Saharan nation to gain post-colonial independence in 1957 (Ghana celebrated its 50th anniversary of independence in March 2007). It has led its neighbors in diplomacy, democracy, peace and stability, economic progress, and functioning multi-party politics and power sharing. Now the question remains: Will Ghana be the first country in West Africa to reach developed country status?

This would be a startling breakthrough, and a telling sign of the times. Ghana has held the front position in many of the various stages of Africa’s progression through the last half century. While the post-colonial continent was gripped with power struggles and, in many places, outright civil war, Ghana was sharpening its investment code  – today, it is widely considered one of the best places to do business in Africa.

Since 2000, Ghana has three times witnessed the peaceful transfer of power (the last in the December 2008 elections that saw President Atta Mills come to power), highlighting a democratic tradition that is well consolidated. Indeed, the Economist Intelligence Unit (EIU) says that the 2008 elections, which were one of the closest in African history but which were quickly accepted by the losing incumbent candidate, clearly proved that Ghana has one of the most robust democracies in sub-Saharan Africa.

This stability has allowed Ghana the freedom to establish its economy as one of the most competitive in West Africa, boasting both solid fundamentals and growth. The country has a broad and diverse industrial base, is the world’s second-largest exporter of cocoa and Africa’s second-largest producer of gold. Ghana sits on the gold coast, after all, and once provided half of the world’s gold. It is still the country’s main export. Ghana has also more recently developed a thriving services sector, which now comprises 37.5% of GDP.

Despite the global recession, Ghana’s economy has continued to perform well. As a net importer, the easing of oil prices during this time benefited Ghana, just as an expected rise in coming years will benefit West Africa’s newest producer. A rise in gold prices and expanded production have also boosted Ghana’s results, in addition to its strong agricultural performance, thanks to adequate rainfall over this period as well as advances in agricultural technology. The EIU predicts growth of 8.9% this year, and 7.3% for 2012.

Of course, this economic picture does not even begin to factor in the possible positive effects on the economy of the country’s June 2007 oil find. Expected to contain somewhere in the range of 4 billion barrels of reserves, oil from the Jubilee Field started pumping on December 15 of last year. Ghana is expected to become West Africa’s third-largest producer by 2015, when the government hopes to be producing half a million barrels a day (and a million a day by 2020). This newfound resource could transform Ghana’s economy, and provide the means to drive development forward and to finally eliminate poverty.

In 1997, Ghana adopted a medium-term development plan targeting middle income country status by 2020. While the country’s macroeconomic stability has put it on track for meeting its goal of halving extreme poverty by 2015 (Ghana has one of the fastest rates of poverty reduction in Africa but roughly a quarter of Ghanaians still live below the poverty line), the oil boon may provide an unexpected break in Ghana’s quest for development, bringing forward its goal of achieving developed status and perhaps letting it reach one more first – that of West Africa’s first developed nation.