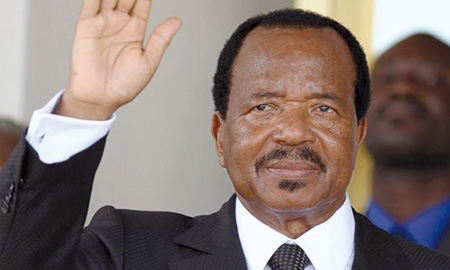 Following the merger in 1961 of former French Cameroon and part of British Cameroon, the Republic of Cameroon has since enjoyed over half a century of political and social stability, despite being located in the conflictive Central African sub-region. Such composure has enabled the republic to focus on its agriculture, roads, infrastructure and the development of a petroleum industry.

In his New Year 2011 message to the nation, President Paul Biya announced: “Today, we are a nation, a great nation, a nation united, proud of its cultural and linguistic diversity, which is its wealth. A nation that looks to the future with confidence.”

So what has been the crux to establishing long-standing political stability at the “hinge of Africa”? According to Minister of Finance Essimi Menye, “The secret is that Cameroon is born out of a huge mix of different people. We estimate that there are 268 languages in the country that make the nation a multicultural state. The efforts after independence have been focused on being able to live peacefully together. The spirit in which the Government has worked has been to reinforce national unity. A nation is not built in 10 days or in six years, it takes a long time and it is a process.”
Covering an area of 183,568 square miles – almost twice the size of the UK – Cameroon is richly endowed and full of natural resources, packed with potential not only in terms of its young population, untapped tourism and energy production, but also industry, trade and agriculture.

For the first time, the Government has embarked on the formulation of a long-term development plan for Cameroon: Vision 2035. This outline, which projects an image of the country up to 2035, constitutes a reference framework for: reducing poverty to a socially acceptable level; reaching middle-income country status; becoming a newly industrialised country; consolidating the democratic process; and strengthening national unity while respecting the country’s diversity.

In 2010, Cameroon celebrated the 50th anniversary of its accession to independence. It also marked the beginning of the first phase of the Government’s growth and employment strategy that, according to the President, involves the implementation of major agricultural, mining, industrial, energy and infrastructure projects.

This year will be marked by the upcoming general elections in October, where President Biya, who has been at the political helm since 1982, will seek to maintain the country’s status quo by gaining a third term in office for the incumbent Cameroon People’s Democratic Movement (CPDM). He is urging the electorate to participate fully in the elections and for voter turnout to be as high as possible.

“For this election to be indisputable I am counting very much on Elecam, which will benefit from the necessary support of the administration and political parties during electoral operations,” he says.

Based in the capital Yaounde, Elections Cameroon, aka Elecam, is the neutral body appointed to organise, manage and supervise the elections in the republic. “On the whole, the Cameroonian people are a patient and peace-loving people and they were quick to notice that nothing of a lasting nature can be achieved in instability,” says president of Elecam Samuel Fonkam Azu’u.

An Elecam office has been set up in each of the 360 regional councils across the country to ensure smooth and transparent elections. “The United Nations has been very supportive of the electoral process in Cameroon,” says Mr Azu’u. “No country in the world can be peaceful and progressive if it does not choose its leaders according to the will of people. To have the support of the people, the people need to choose their leaders so that they can have confidence in them and collaborate with their leaders.”

The Finance Minister adds, “The secret of stability is the will to be able to live together and living together is living in peace. And this objective is renewed in every generation, so that children learn to live next to one another.”