Article - July 3, 2012
Knowledge transfer and joint ventures, both at home and abroad, are adding strength to Algeria’s manufacturing and industrial sectors 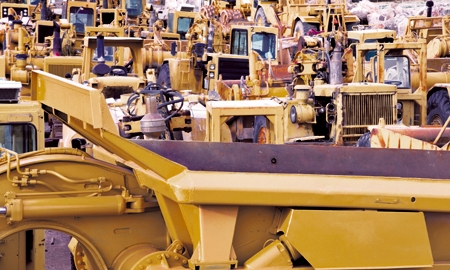 A reflection of Algeria’s welcomed shift toward stronger international ties was seen earlier this year when representatives of its European neighbours across Mediterranean Sea voiced their support of boosting two-way relations. In March, Stefan Fule, European Commissioner for Enlargement and European Neighbourhood Policy, visited Algeria as part of a mission to strengthen bilateral agreements between the EU and Algeria under the European Neighbourhood Policy. While in Algeria, Mr Fule said: “Since my last visit in May 2011, the relations between Algeria and the EU have made important progress […] Algeria started the process of reforms, which the EU is ready to support, and our political dialogue became more intensive.”

Under the European Neighbourhood and Partnership, the European Commission has planned to invest $216 million between 2011 and 2013 in Algeria. Around $43 million will be directed toward environmental protection, $25 million to support culture, $25 million to bolster social and economic development, $48 million in transport and $38 million invested in fisheries and aquaculture.

The desire for stronger partnerships can not only be seen on such a high-profile, political level, but also among Algeria’s commercial and industrial companies in both public and private arenas. With the government’s stipulation that foreign involvement in any project in the country must allow for a minimum 51 per cent Algerian content, then collaborations are indeed hailed as the way forward for international participation in Algeria’s ongoing development. It also sets the scene for public entities and privately owned enterprises to become increasingly connected and create win-win partnerships.

Due to its capital-intensive nature and high technology content, companies in Algeria’s machinery manufacturing sector have fully recognised collaborations, with both domestic and foreign entities, as a necessary strategy for their survival.

“Know-how is something you cannot buy; it is only transferable through partnerships,” says Bachir Dehimi, CEO of SGP EQUIPAG, the state-owned producer of specialist agricultural and industrial machinery. “As a partnership is not a sale of licences or equipment, partners come to work and share with us because we provide opportunities for them in a market we dominate.”

EQUIPAG’s products are built to exacting international standards and are renowned for their superior quality. Established in 1974, the group also brings almost four decades of experience of the local market to the table for any potential foreign entrant. The company already has many successful joint ventures to its credit and has a lot to offer potential partners looking at entering the region.

Mr Dehimi says, “We have the experience of the country and have the contacts, and we are close to regions that hold a lot of potential for exports. In turn, our partners bring their know-how, competences and international networks to our ventures. They get involved and that is how the transfers of knowledge and technology work, because they often keep their own management in place and carry out the production side with us and our employees. That what we call a participative partnership.”

One of the company’s most recent partners is the world-renowned agricultural equipment manufacturer Massey Fergusson, with which EQUIPAG is developing a new breed of farm tractors. The group already has many other partnerships under way, such as many years of manufacturing combine harvesters for CLAAS of Germany, as well as a 38 per cent stake in a project with Finnish manufacturer Sampo to produce the next generation of combine harvesters. In the motor industry, a partnership with Mercedes-Benz has been inked to work on a new type of diesel engine along with Deutz and MTU.

An agreement has also been finalised to create a commercial partnership between the group’s BCR enterprise and Genebre of Spain, a leading company in the manufacture and global distribution of valves for fluids, taps and heating systems.

Based in Setif, BCR is one of EQUIPAG’s premier players in the industrial equipment sector and is made up of three subsidiary companies: SANIAK, ORSIM and ORFEE.

Certified to ISO-9002, BCR manufactures high quality cutlery, valves and fixings. It already exports to Germany, France, Switzerland and Tunisia, and the company planning to expand its exports market thanks to the new Spanish partnership with Genebre. “We are also looking for a partnership in the lifting equipment sector to work with our stacking and stock handling subsidiary GERMAN,” adds Mr Dehimi.

BCR is on the lookout for more partnerships in the pumps sector, especially with regard to hydrocarbon valves, which represent a considerable market not only with Algeria’s national Sonatrach, but with all foreign oil companies. It is currently in discussion with an Italian company, called Petrovalve, which has more than 55 years of experience producing specialised valves for the oil, gas, and power generation industries and whose clients include Shell, Texaco, ExxonMobil, BP, Esso and NASA.

Earlier this year, Mr Dehimi announced the signing of 50 new agreements appointing EQUIPAG as a subcontractor and supplier of goods and services for the nation’s two hydrocarbon giants: Sonatrach, Algeria’s largest company and one of the biggest oil consortiums in the world, and Sonelgaz, the state-owned utility in charge of the country’s electricity and gas distribution.

According to Mr Dehimi, to maintain high standards of quality a monitoring committee will meet every three months to assess the implementation of the work created by the partnerships. The first meeting, held in April, not only involved the three partners but also included representatives from the Ministry of Energy and Mining and the Ministry of Industry, SMEs and Investment Promotion.

“Every year we register high growth rates, at least between 10% and 15%. So it's still a sector that is growing rapidly,” says Mr Dehimi.