Article - February 8, 2012
With an estimated 80% of South Africans unable to afford private healthcare, the introduction of a state-funded scheme costing US$18 billion will contribute greatly to the nation’s wellbeing 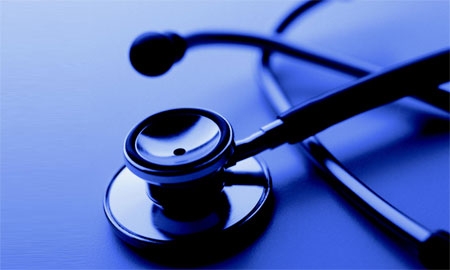 Healthcare is one of the most frequently debated political agendas the world over. While many countries widely accept that healthcare is a human right, accessibility is often limited with insufficient equipment and staff; and this it isn’t restricted to the developing world. It wasn’t until 2010 that President Barack Obama’s hotly debated healthcare bill was passed through the Senate, finally giving medical access to 95% of U.S. nationals. President Obama commented:

"This legislation will not fix everything that ails our healthcare system, but it moves us decisively in the right direction. This is what change looks like."

Africa, which is home to some of the world’s poorest countries, has not only struggled with providing basic medical services, but has had the added battle of fighting viruses such as HIV/AIDS, tuberculosis, typhoid and malaria. Often relying on international aid organisations such as USAID, Médecins Sans Frontières and the Bill & Melinda Gates Foundation, many of the continent’s countries have been able to fight back against these diseases, usually through spreading greater awareness and offering basic education. However, infant and child mortality rates are among the highest in the world, but solid initiatives are being put into place, which should mark a turning point for healthcare on the continent.

Since coming into office in 2009, Minister for Health Dr. Pakishe Aaron Motsoaledi has been making tremendous headway in combating many of South Africa’s healthcare issues. "It is very worrying that a high number of our children die even before their 5th birthday. Sadly, many of these deaths are caused by diseases that are vaccine-preventable."

On 2 February 2012, South Africa’s Department of Health launched its Catch-Up Immunisation campaign. The four-month campaign works in collaboration with the private sector and aims to provide children under the age of five with an additional PCV13 dose, designed to protect against pneumococcal diseases. The programme is just one of the measures being administered by the Department of Health in order to combat some of South Africa’s most prevalent diseases.

Indisputably, the most exciting development to take place in South Africa will be the launch of National Health Insurance (NHI), offering total healthcare to all nationals, starting in April 2012. With an estimated 80% of South Africans unable to afford private healthcare, this scheme will revolutionize a country that has seen some of the most extraordinary socio-economic changes within the last thirty years.

The Department of Health is well aware of the challenges ahead of them. Countries such as the United Kingdom (which has one of the oldest national healthcare systems in the world) are constantly trying to maintain a sound level of medical care while adhering to their budget. To ensure the quality and service of healthcare under the NHI, South Africa’s Department of Health released the following statement:

Firstly, there needs to be a radical improvement in the quality of services in the public health facilities. This means massive investment in improvement of health infrastructure, both buildings and equipment.

Then, in every single health institution, certain basic core standards must be complied with. To ensure adherence to standards, an independent ‘watchdog’ body, called the Office of Health Standards Compliance, will be established by an Act of Parliament.

Thirdly, there needs to be a radical change to healthcare management within the public healthcare system in line with the Ten Point Programme of the Department of Health: “Overhauling the health care system and improve its management.”

The current ruling administration estimated startup costs for the NHI to be in the region of $18 billion USD. Once operational, it will offer the people of South Africa one of the most advanced healthcare structures on the continent. South Africa is certainly not new to making medical breakthroughs, most famously with Dr. Christiaan Barnard, who performed the first successful heart transplant in 1967.

There is no doubt that South Africa’s recent accession to the BRICS countries is a clear indicator that the administration is making serious headway across a broad range of infrastructural developments. With a watchful eye on the NHI management, it will indisputably change many opinions regarding the continent’s medical services.

“We are still far from winning the war, but we are getting somewhere,” stated Minister Motsoaledi.

solomon
100% of 1
I'm trying to keep up with current health developments in South Africa,because i live abroad.I fully support our national health minister Dr Motsoaledi in all the endevours he has embarked on.The ten points programme needs to be backed up by every health employee.Three most important actions that he says must be done are great.Administration of health institutions needs to be resuscitated as it has collapsed,the office of health service compliance i welcome it with both hands-in that office i think the public must have representation.I believe buildings should come last,equipments must be bought once people have been trained to use them,otherwise they will be in wrong hands and soon they will broke down.I recommend to the minister also to encourage south africans abroad to have a big contribution.Thank you.
Roberto
100% of 1
Won't this place an unfair tax burden upon white South Africans?