Article - December 17, 2012
It’s no secret that Nigeria’s wealth stems mainly from its vast oil and gas resources, yet the country is making strides in other sectors as well, including mining and manufacturing 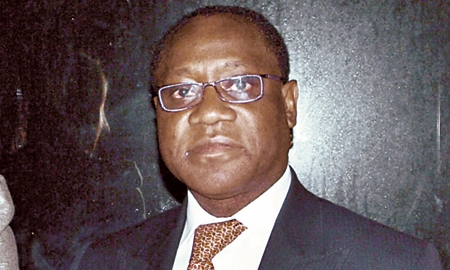 Economic growth, which stood at 6.5 per cent during the third quarter this year, was driven in large part by oil but by also activity in the building and construction, cement, hotel and restaurant, and electricity sectors, according to Nigeria’s National Bureau of Statistics.

Indeed, non-oil growth expanded 7.6 per cent in Q3 2012. In 2011, however, the non-oil sector saw higher growth of 8.8 per cent; the drop this year is due to the flooding and insecurity in northern states which hit the agricultural sector fairly hard. Nevertheless, the fact that the non-oil growth outpaced overall economic growth is a positive sign that Nigeria’s diversification efforts are paying off.

Manufacturing is an important contender in the diversification strategy, and although its contribution to GDP stands at less than 5 per cent, it is growing nearly 10 per cent per year. And with such a wealth of natural resources, it stands to reason that Nigeria could become a major industrialised nation, capable of serving its own domestic demand as well as that of its neighbours.

According to a report by the World Trade Organisation, the country must update its equipment, lower the cost of inputs and improve its transport infrastructure, the energy and water supply (the cost of energy alone can chalk up nearly 70 per cent of a manufacturer’s expenditure) and access to financing, if it is to fulfil its industrial potential.

The strongest subsectors in manufacturing are food and beverage, which comprise 22 per cent of the sector, cement, household chemicals and textiles.

In the non-manufacturing sectors, mining and construction are both areas that, after being long dormant, have revived and are enjoying strong growth.

Until 1999, mining for minerals had been all but forgotten, overshadowed by the discovery of petroleum. Thirteen years ago, the government decided to give mining new impetus by conceding generous incentives in order to attract investors and exploration companies. The effect was almost immediate: from GDP contribution of just 0.5 per cent before 1999, the sector grew more than 7 per cent by 2010, according to the WTO. A year later, it expanded by 11.48 per cent.

As Africa’s second largest economy, it is rather surprising that the construction sector is not larger than it is. According to the WTO, its contribution to GDP is only around 2 per cent (up from 1.69 per cent between 2005 and 2009), despite a housing and infrastructure deficit. Yet although construction may be slow, Nigeria’s cement industry is strong, and local cement producers control approximately 97 per cent of the domestic market.

Nonetheless, per capita consumption in Nigeria is just 106 kilogrammes (compare with Senegal, where the per capita figure is 190 kilogrammes).

Nigeria’s industrial output is receiving a boost, thanks to the development of several new industrial parks.

In Lagos State, the Imota Agro-Industrial Park and the Ilara-Igbonla Agro-Industrial Park are two projects that got under way this year, as are three new enterprise zones which will accommodate more than 500 micro and small enterprises. In Delta State, a 1,150-acre virgin plot of land – which in this region translates into lush forest – has been designated for the construction of Warri Industrial Park, which is set to be a world-class business park.

These will complement the already existing aluminium smelters and oil refineries in the south-east of the country, a liquefied natural gas facility in Bonny, and south-central Nigeria’s integrated steel complex.