A historic bank’s vision for growth 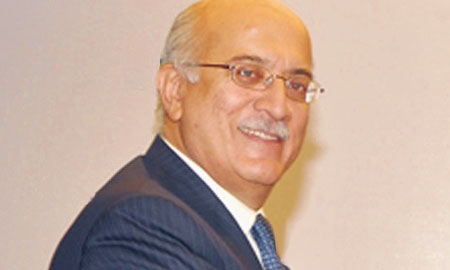 What is the company’s current status regarding customers?

We have 15 per cent of the market share. We have only 6 million and plus customers in a country of almost 180 million people. We are the largest bank with such a small percentage of the population being reached. I would like to see 25 million customers, and that is achievable.

What is the bank’s growth philosophy?

People trust us, so we have to respond to them in a way which makes their lives easier, where we get this opportunity for contributing because we are in this process of intermediation. So we have the responsibility of using their assets, which they deposit, and deploying them effectively, productively for the growth of the community.

When we were privatised there were only 2 per cent of women [in the company]; today we have reached 10 per cent but we are not happy. We want to take it further because in a country this big, where 50 per cent of the population are women, we have to take active steps to engage them in the development of the country.

Yet HBL is also a business.

We are a commercial organisation, and whatever we do has to be economically viable and it must make business sense. We are different than others: most commercial banks would be talking about increasing the market shares to make more money. That happens in the end, but that is not our aim.

How can HBL use technology to pursue its goals?

There are 100 million cell phones out there. Why can’t people be using their cell phones for banking? Why do they need to come to the branches? We can add so much value to the people, in making their lives simpler and easier, whether you make it through internet or cell phones or the debit cards we issue.