A grand plan for a total of 50 free trade zones

Article - December 18, 2013
The National Council of Free Zones and Markets is planning to set up dozens of free trade zones (FTZs) in the country as part of improving and activating trade and investment 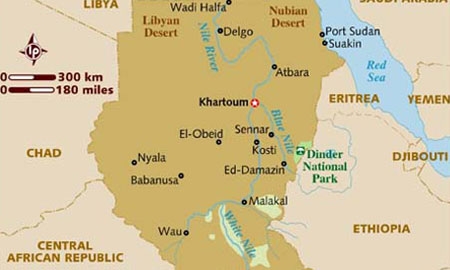 In the past 30 years, free trade zones – or FTZs – have experienced monumental growth in the role they play in the socio-economic development of countries all over the world, especially so in emerging economies.
Increasing global trade and corresponding rapid developments in infrastructure have prompted their rising establishment globally, having gained significant momentum as more and more countries open their doors to international business and foreign investment (FDI).
From just the relative handful that had been set up worldwide in the early 1970s, today there are estimated to be over 2,800 FTZs, providing employment for approximately 65 million people.
With the aim of minimising international trade barriers, FTZs have become increasingly popular as an instrument for the promotion of export-oriented FDI, the reduction of poverty through income generation and the invaluable transfer of knowledge and technology.
With this in mind, the National Council of Free Zones and Markets was founded in 1993 to adopt, enhance and implement the successful free zones concept in Sudan.  As one of the pioneering economic institutions in the country and one of the basic pillars of the Government’s liberalisation policy, the council has gone on to establish a number of FTZs while also helping to provide a suitable business climate for local and foreign investors.
Located at a focal point which connects Port Sudan and the Port Sudan International Airport, the Red Sea Free Zone (RSFZ) began operation in 1999 to coincide with Sudan’s oil production boom. While also lying on the Khartoum-Port Sudan Highway that links it to another major port, the Suakin Harbour, the RSFZ was built in collaboration with the Chinese government and is seen as a gateway to the Common Market for Eastern and Southern Africa (COMESA), continuing to offer investment guarantees, tax incentives and playing host to a range of multi-economic activities.
The Al Gaili Free Zone (AGFZ) is another area where free trade and foreign investment have been heavily encouraged over the past decade. Situated just 60km north of the active business and industrial communities of capital city Khartoum, the AGFZ is likewise well connected to air, road and rail networks that extend beyond Sudan’s boundaries and into the neighbouring African markets.
However Sudan’s plans for special free trade zones have not ended there. Having seen the positive effects that both the RSFZ and the AGFZ have contributed – not only towards enhancing the country’s foreign exchange rate but also in helping promote the economy in less developed regions – the Government is now putting forward huge plans to expand the number of FTZs in Sudan to 50.
President of the National Council of Free Zones and Markets, Dr Mustafa Osman Ismail, revealed earlier this year that the plan developed by the Council includes the establishment of free zones in collaboration with a number of different African countries.  And already these plans are beginning to take shape.
Just this month Sudan and Ethiopia agreed on the establishment of an economic zone at the border between the two states, with the aim of attracting greater investments to both.