AMCON gets bad banks back in the good books

Article - July 17, 2013
Sometimes a crisis can lead to the revelation of the true nature of things; it gives an opportunity to assess the situation, root out the bad and start afresh. 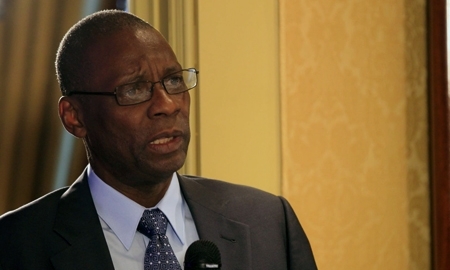 This is what has happened to the Nigerian banking system and it has emerged from the financial crisis stronger and more transparent than ever, mainly thanks to the work of the Asset Management Corporation of Nigeria (AMCON) and the Central Bank of Nigeria (CBN).
The financial crisis left Nigeria’s banks in turmoil. NPLs (non-performing loans) made up almost a third of their portfolios.
“The degree of potential bank failure compared to total banking assets in Nigeria was probably greater than most countries in the world. There was really no alternative but to rescue the financial system,” says Mustafa Chike Obi, Managing Director of AMCON.
AMCON was established in 2010 following the CBN’s banking sector intervention, in an attempt to restore financial stability. What the CBN found when they intervened was a situation much more dire than they had expected; the level of poor governance and risk management was serious. The probe led to the dismissal and – in many cases – prosecution of CEOs of the top private banks.
In a BBC News interview in 2011, the CBN Governor Sanusi Lamido Sanusi said: “We wanted to make people accountable for their actions. We’ve gotten a lot of the rotten apples out of the system. The system is much better today than it was two years ago. The age of impunity is over.”

AMCON was set up with three main objectives: buy up all the NPLs from the banks, re-capitalise them, and finally find strong partners and buyers to run the country’s lenders in a more transparent way.
Since its inception, AMCON has bought almost 13,000 NPLs. In 2011 alone, it bought N5.6 trillion (£22.6 bn) worth of bad loans. Now it has become the largest financial institution in the country, with assets valued at N5 trillion. It has brought the ratio of NPLs in the banks from 30 per cent to 5 per cent. The banks are turning profits and, most importantly, they are lending to Nigeria’s real economy again.
“Nigerian banks are no longer in trouble,” states Mr Chike Obi. “We are now in a situation where the banks are making profits, where they were on the margin two or three years ago. You have all the measures of safety for banks, which is very, very strong in Nigeria. There is good liquidity and profits, so I think that now the foundation for banking is extremely strong.”
AMCON managed to raise the money to buy the banks’ bad loans by issuing bonds, which are something that should really interest investors, says the MD. “Investors should be interested in AMCON bonds, which are the same as Federal Government bonds. The difference is that we are hoping, and putting things in place, to make AMCON bonds available and extremely liquid. If you are an investor in Nigeria, then AMCON bonds are where you’ll want to put your money.”
Governor of the CBN Mr Sanusi was lauded internationally for his reform of the banking system and his battle for transparency. His hard-line and decisive actions led to London magazine The Banker naming him ‘Central Governor of the Year 2010’.
So what about transparency in AMCON itself? Mr Chike Obi slates recent reports by capital markets stating that AMCON is unregulated as “laughable”, adding: “AMCON is a very regulated company. The AMCON Act specifies that AMCON be regulated and supervised by the CBN. We have gone through two CBN examinations so far, and they are very, very intrusive.”
A testament to the success of AMCON is the fact that its model has been replicated in even more advanced economies around the world. “What is unique about the AMCON model is that all the banks agreed to contribute monetarily to offset the N2 trillion [of negative equity] for as long as it takes,” says the AMCON boss. “In our modelling, it will take between eight and 13 years. So the banks will contribute a percentage of their total assets for as long as it takes to recoup that.”