A revolution in the minerals industry

Article - December 10, 2012
Nigeria's mining industry has 'come of age' with new developments that include investment-friendly laws, privatisation of the sector, the creation of a robust regulatory environment and improvements in infrastructure 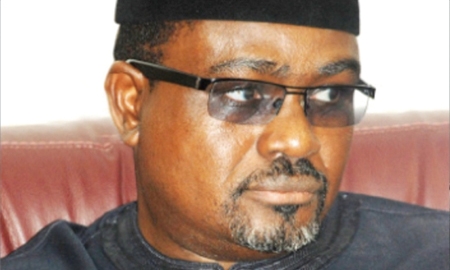 Back in the pre-1970 era when petroleum was cheap and abundant and consequently taken largely for granted by Nigerians, the country’s extensive mineral resources contributed around 10 per cent to its GDP. Coal and tin were being mined profitably for export and the sector was earmarked for priority treatment in development plans, until the sharp upturn in global oil prices reversed that situation. Mining was sidelined – or to be precise about it, neglected. Poor management, along with the absence of investment incentives, inadequate regulatory legislation and the lack of judicial transparency also kept the sector dormant. Local banks were, and to a large extent still are, reluctant to make loans spanning the time period required for a mining investment to start to pay off,

Change was a long time coming but come it finally did in 2006, when parliament passed the Mining and Minerals Act, with the aim of endowing the government with institutional and technical powers to manage Nigeria’s solid mineral resources in a sustainable manner and create new opportunities for non-agricultural, non-oil related employment as part of the greater aim to diversify the country’s economic base.

At the same time the administration has acted to identify key mineral resources such as bitumen, gold, iron ore, zinc and gold to be targeted for exploitation. But most importantly, says the Minister of Mines and Steel Development Musa Mohammed Sada, Nigeria is now prepared to offer investors a considerably more favourable and reliable institutional, legislative and administrative environment in which to make long-term commitments to exploration and mining development.

Mr Sada notes, “The government used to be in the mining business, but that has ended. Now it has a strictly regulatory role and is strengthening regulations to make investors more comfortable about coming in. In drawing them up, we got a lot of help from some of the more advanced mining countries such as Australia, the UK, South Africa and Canada, who sent experts to work with us.”

Administrative reform was essential but might have been less effective had it not been keyed to other needed reforms, such as the establishment of a modern Mining Cadastre Office, to register and administer claims and titles. Right from the start, the formerly haphazard and unreliable system was identified as a major obstacle to progress. Information was never collected, documentation misplaced, and a comprehensive system of accessible, geographically accurate data simply did not exist. “We had to start over practically from scratch,” says Mr Sada, enlisting the support of the World Bank and bringing in an up-to-date computer system for the administration of mining titles, along with a comprehensive database of digital topographical maps and geological data. “We cleaned up the sector by taking every license, computerising it and putting it on the cadastre map.”

Another aspect involves the technical infrastructure required at an early stage of the exploration process to determine if a find may be commercially worth pursuing. The government has made a major investment in the state-of-the-art equipment, electron microscopes included, to be used in analysing and assaying minerals at the newly inaugurated National Geosciences Research Laboratory in the north-central state of Kaduna. As a result, the investor is spared the expenditure of time and money otherwise needed to take the samples out of the country for examination and evaluation, and Nigeria gains millions of dollars in extra income.

“Nigeria’s mining industry has come of age,” concludes Mr Sada. “We feel it is only proper to let the world know about developments, especially with regard to the enactment of investment-friendly laws, privatisation of the sector, creation of a robust regulatory environment and improvements in infrastructure. We are bringing about a revolution in the minerals industry and want to show our readiness to do what is needful to bring the sector to a position of relevance in the nation’s economy. ”