Established in 1991, Odcon Holding is an example of how the construction industry is contributing to the nation’s social development, as demand for affordable housing grows in Mongolia. 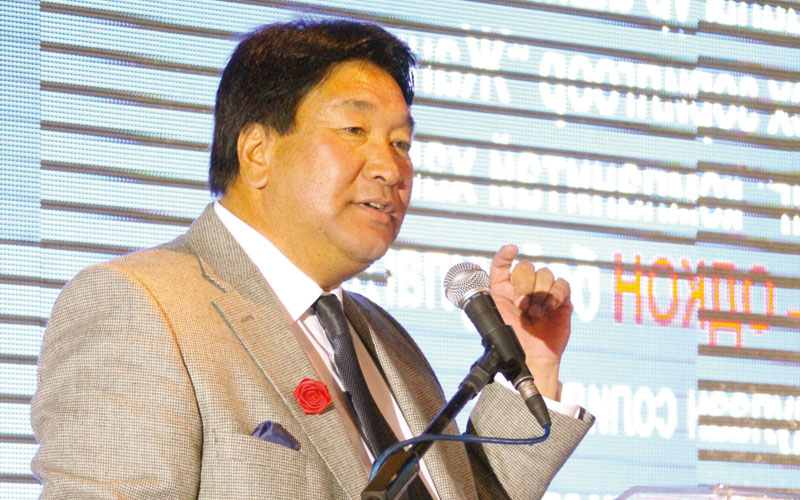 As Mongolia develops – with its continuing integration of traditional rurality towards more modern urbanity – the demand for housing, offices and other construction works are inevitably on the rise.

And while Ulaanbaatar continues its rapid growth with nearly half of Mongolia’s 2.8 million inhabitants now calling the city their home, the country’s real estate sector is living a golden moment.

“We have been living a truly historic transformation,” says Mr. Л.Munkhbat, Executive Director of Odcon Holding - the award winning firm that has been identified among the ten best construction companies in Mongolia by the Ministry of Infrastructure.

Such transformation not only refers to the consolidation of Mongolia as a modern democracy and a market economy, but the great process of urbanization that has taken hold – and continues to take hold – of this vastly sparse nation dominated by mountains and remote countryside.

“Today we have increasing numbers of migrants coming into the city, so [housing] demand will continue to be high in the next few years,” explains Mr. Л.Munkhbat.

Indeed, as Ulaanbaatar expands, many thousands of herder families who live in traditional ger districts on outskirts of the city are now being confronted with the new urban landscape. And with many of these settlements built illegally, without proper waste management, water supply or electricity, the government is aiming to provide affordable housing for these communities.  In doing so, companies like Odcon have a chance not only to take advantage of new projects, but also make a difference to the many lives that have never had the luxury of a modern home.

“We participate in biddings and if we win we try to implement the project the best way we can,” says the Odcon director, whose company have also embarked on other independent social projects in the ger districts.

“In one of the 21 aimags (provinces), our company has also built a residential micro district for people living in centre of the province by ourselves and at our own initiative and financial capacity. The project is going on and it has been successful. I think this kind of contribution from private companies is vital.”

In the meantime, with much of the real estate market highly focused on Ulaanbaatar and thus the construction industry coming under increasing pressure due to the rocketing demand, supply constraints, extreme weather and geographical hindrances (such as the surrounding mountainous terrain), it is the responsibility of companies like Odcon – as well as the government – to ensure the capital city develops sustainably and the industry adopts international standards and practices as it heightens its cooperation with foreign investors.

“The construction sector should make steps ahead towards international standards,” stresses Mr. Л.Munkhbat.  “We want not just buildings, but energy saving, eco friendly and stylish buildings. We want educated and trained engineers and workers who will be great capital to our company and our country.