Article - April 30, 2014
Private investors are increasingly responding to the growing market for fertiliser in Pakistan, and Engro is particularly well poised to help them enter the market 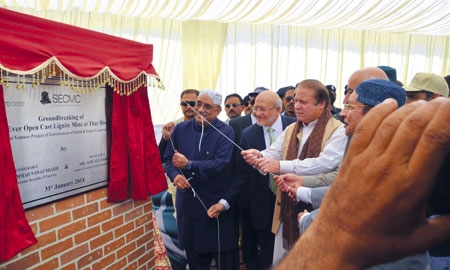 Approximately 70 per cent of Pakistan’s population is rural, living in villages with agriculture as their primary livelihood. Yet despite the fact that the country’s domestic food produce is the mainstay of its economic survival strategy, this productive sector is now facing the challenges of a fast-growing population.
The Engro Corporation, one of Pakistan’s largest companies, is already helping. As the nation’s first fertiliser producer, it is working to boost farm yields by modernising traditional farming practices.
“The story of Engro is one that has remained intertwined with the growth of the country. Ever since its inception, Engro has evolved into an influential conglomerate known for its commitment to the highest standards, delivering excellence in every aspect of our business,” says President and Chief Executive Officer of Engro Corporation Muhammad Aliuddin Ansari.
“Over the course of our growth we have strategically made investments in sectors that take advantage of the country’s core economic strengths. With a market capitalisation of $484 million as of December 2012 our growth has been instrumental in developing the local economy.”
Founded in 1965 as Engro Corporation Limited, its portfolio currently consists of diversified businesses, including chemical fertilisers, PVC resin, bulk liquid chemical terminal, foods, power generation and commodity trade.

The international community has expressed its confidence in Engro. As the Financial Times reported last November: “Engro and other equally impressive local companies are the country’s best hope for growth.”
But growth requires stability. Engro Fertilizers Limited, a wholly owned Engro subsidiary, is helping to stabilise fertiliser prices, thus playing a huge role in enhancing the use of the soil supplement by small farmers and consequently, directly effecting overall agriculture production. In 2010, the company also started trial production of its urea expansion project at Daharki, the world’s largest single train urea-ammonia plant.
In other areas, the corporation’s mining division, Engro Powergen, entered into a joint venture with the state to mine coal from Thar Block II, to put to use in power generation. Engro Powergen is also exploring other ways to implement cleaner, more efficient and cost-effective methods of power generation, including wind, hydro and solar powered projects.
Engro Corporation’s diversified businesses represent Pakistan’s great growth potential to generate opportunities for sustainable value for their stakeholders. The corporation announced a spectacular turnaround in fortunes as the company reported a profit of PKR 3.83 billion (£23 million) in the first half of 2013, compared to a loss of PKR 340 million in the corresponding half of 2012.
“On the operational side of the spectrum Engro and its subsidiaries continue to create meaningful value by focusing on the philosophy of ‘inclusive growth’ that creates holistic and more encompassing growth for our suppliers and vendors,” says Mr Ansari.