Article - September 27, 2011
Syria’s business climate is becoming warmer, thanks to changes in regulations to step up private sector participation 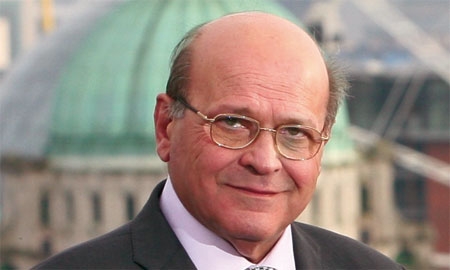 Major reforms will be made over the next few years as Syria transforms its planned economy to a social market economy, according to Sami Khiyami, Syria’s Ambassador to the United Kingdom.

He says the private sector has a key role to play in the country’s economic development. “Certain sectors will remain public, but we are trying to boost the private sector as much as possible,” he explains. “There is no way that we are going to achieve the amount of infrastructure required for the schemes that have been developed by the government unless the private sector is included.”

According to the ambassador, most investors agree that the laws in place for investment are excellent. But he adds that further improvements are being made in the business environment. “Some of the problems investors face are related to bureaucracy, and I think the government will pay more attention to this and to encouraging investors to come.”

Dr. Khiyami welcomes the prospect of improved relations between the United States and Syria. “Syria has proved that it is one of the most important countries in the Middle East, and the Middle East can know neither peace nor war without Syria,” he says. “It is important to deal with Syria, and having difficult relations is simply illogical. Something has to be done.”

Billionaire businessman Wafic Rida Said, chairman of Said Holding and founder of the Said Foundation and Oxford University’s Said Business School, agrees. He says good relations between the United States and Syria are crucial because Syria is a regional power. “No problem can be resolved in this part of the world without Syria, be it Iraq, Palestine or Lebanon.”

He says Syria has achieved in 10 years what many other countries have taken a lot longer to do. “There are many challenges, because when you move from a controlled economy to a market economy, many things have to be done.”

Mr. Said too believes Syria is now much more appealing to foreign investors. “The environment is very attractive. You have political stability, security, tax incentives for foreign investors, and on top of that you have a well-trained, educated, skilled, and cheap labor force.”

Nabil R. Kuzbari, chairman of Cham Holding, one of the country’s largest conglomerates, holds the same view. He says the government is committed to the private sector as the engine of growth.

He believes that privatization of some state controlled enterprises is inevitable. “No government can accomplish reforms without this option being available,” he says. “There are sectors that are considered a burden to the state and the state cannot continue unless the losses from those sectors are removed or reduced and the economy revived by their privatization.”