Wargaming co-founder and CEO Victor Kislyi discusses why the award-winning online game developer, publisher and industry leader chose Cyprus as a base and how his perspective on innovation is proving Wargaming is more than just entertainment 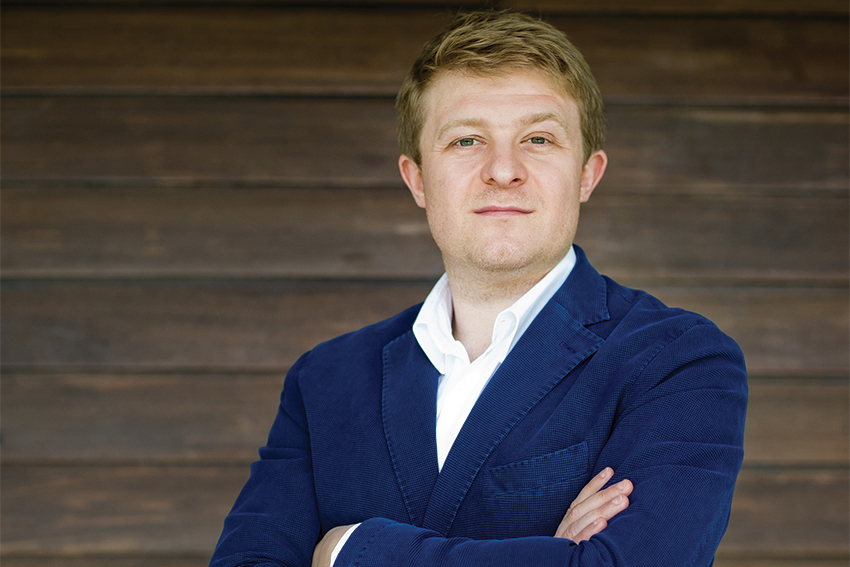 Two kids are sitting in a bedroom in Shanghai, another two in Hamburg and a couple more in Silicon Valley. They are all gamers designing their first game, and they all share one common goal to make the very best game of all time.

“That is the mantra,” says Victor Kislyi, co-founder and CEO of Wargaming, an award-winning online game developer and one of the leaders in the free-to-play MMO (Massively Multiplayer Online) market.

“That is the aspiration of any game developer: to make the best game of all time.”

Kislyi knows this first hand. Back in August of 1995, he was one of those kids. Along with some college friends, they developed an amateur project called Iron Age, a strategy game influenced by Risk and Civilization. Three years later, they founded Wargaming, based on a tabletop miniatures war game Kislyi had seen during a visit to the United States. It took some years of financial failures to realize their dream, “but we were patient, we were reasonable, and we stayed true to the values that our potential players would appreciate. We knew that because we were passionate strategy game players ourselves, we knew what we wanted,” he says today.

In November of 2007, they acquired the Minsk-based development studio, Arise, strengthening their position in the CIS games market and changed focus from turn-based strategy games to the real-time strategy genre. And in 2011, they were off to the races. Kislyi and crew had built the best game ever, World of Tanks, a runaway online hit, which this year was one of the first free-to-play games to hit Xbox Live.

Today, Wargaming has shipped more than 15 titles and employs over 3,800 professionals across such key continents as North America, Europe, Russia, Belarus, Ukraine, Asia and Australia. World of Tanks has more than 110 million players worldwide, and one of the company’s other games, World of Warplanes, was named one of the most anticipated MMOs to date in the gaming world.

Kislyi, who has a master’s degree in physics and, not surprisingly, is a military history buff, is an active gamer himself, and this fact has played a crucial role in Wargaming’s ability to surpass hurdles along the way. “I am my own consumer. I play World of Tanks, World of Warships and World of Tanks Blitz for an hour and a half a day on average. I play with my son, I play alone, and with my colleagues; so we are consumers of our own products, I know what I am talking about. I am not just the CEO counting money, I play as a player and very passionately.”

“Our business is not a one or two-year hit-and-run kind of enterprise. We are building a sustainable global company, which will stay here in Cyprus. Our top-management team is now being relocated here”

Online distribution also played a key role in Wargaming’s success. After the company’s 2008 Order of War game failed to take off, Kislyi, who had seen the industry evolution in free-to-play, online markets, realized that selling small game projects was a dead-end. The company took the free-to-play model that had emerged in Asia and combined it with high-production values, themes and gameplay for a mostly-male Western audience. World of Tanks was released in 2010. It was a benchmark, breaking with past trends in the online subscriber world that had seen a number of badly-localized products. Word travelled quickly, and Wargaming had its first taste of sweet success. World of Warplanes and World of Warships followed in 2013 and 2015, respectively, and as did the awards for yes, best game ever. World of Tanks was named Best Online Game at the Golden Joystick Awards in 2013. Last year, it was awarded Best Online Game of the Year at the 17th Annual D.I.C.E. Awards.

“The free-to-play and free-to-win concept is very different to how things were done in the past. Imagine you are paying €60 per box, and you receive the physical disc of the game to play. That costs you upfront before you actually know if you like the game or not,” says Wargaming’s CEO.

“Free-to-play has a dramatically different approach. You have the same top quality when it comes to graphics, sound, network interaction technology, and in all of the other features, but you don’t charge money upfront. You allow anyone to download the game for free, which is good for them and also for us, as you don’t have to spend money in the physical distribution or retail, line shares or shelf space.”

Free-to-win means that players can reach the top tier of the game, and acquire all of the tools needed to do so, using only in-game currency. They can acquire these tools more quickly by paying for them with real currency, but it is not necessary to do so in order to win. Kislyi says the move to this platform was a gamble, but that enough players are choosing to buy tools to ensure Wargaming’s continuing revenue stream.

The company’s future profitability is also ensured by the ever-growing size of its market. The bulk of Wargaming’s revenues currently come from Europe, where Brits lead the way in the number of gamers and average weekly playing times (there are an estimated 34.7 million people playing an average of 14 hours per week in the UK). Still, says Kislyi, the world is your oyster if you are an online vendor today.

“Just five or ten years ago, the gaming industry was very much located in the western world, America and Western Europe, and big companies were very successful in a retail strategy of selling games in big retail chains like Wal-Mart, GameStop or Dixons. Meanwhile, there were some very exotic online games in China and in Korea following a different path. These MMO games started gaining popularity, and now, going into mobile devices, we are seeing it as a global phenomenon,” he explains.

“With the development of online social mobile gaming, many tech and gaming companies have been moving from the physical presence economy into the digital world. There, the whole world is your market. Wherever you have computers, Internet, gaming consoles and mobile devices, you have a market.”

“With the development of online social mobile gaming, many tech and gaming companies have been moving from the physical presence economy into the digital world. There, the whole world is your market. Wherever you have computers, Internet, gaming consoles and mobile devices, you have a market”

Consequently, the future looks bright for this Cyprus-based gaming company. Though Wargaming is headquartered in Nicosia, the company has offices around the world in Austin, Baltimore, Chicago, Kyiv, Minsk, Paris, Saint Petersburg, Seattle, Seoul, Singapore, Sidney, Taipei, the San Francisco Bay Area and Tokyo. Cyprus may seem an unlikely choice for an international gaming company, but Wargaming has no plans to leave anytime soon. On the contrary, it is planning on moving more of its staff in.

“Our business is not a one or two year hit-and-run kind of enterprise. We are building a sustainable global company, which will stay here in Cyprus. Our top-management team is now being relocated here,” says the CEO.

“For us, Cyprus is a relatively small country where a big company like ours can make an impact and not just in terms of financial contribution, but also as a meaningful contributor to society. Considering all of the assets of this country, and having offices in other parts of the world, we have realized that for us, Cyprus is the place to be. I see no reason why any big company would not be headquartered here.”

And for those kids around the world right now who are working on their own first games, Kislyi advises them to work hard, be adventurous and to take risks. Though he is not sure of what the future holds for his company, he promises that Wargaming will remain at the cutting edge of its industry.

“We dedicate significant resources to innovation. You cannot live without it. Six months from now, we may find a new game style, maybe a new monetization style, a new business model, or we may link, for example, gaming with the social aspect in a very special way. We don’t know what that next innovation will be, but we have hundreds of people thinking about it full-time right now,” he concludes.