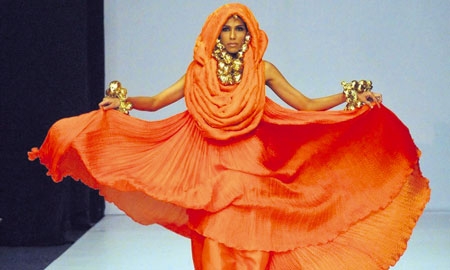 Situated at a traditional crossroads of histories and cultures, Pakistan now finds itself at a turning point in its economic fortunes. A country with enormous unexploited mineral resources, including coal, gas, gold, copper, emeralds and uranium, its development was held back for several decades by economic policies that handicapped the private sector and discouraged foreign direct investment – the natural drivers of growth for a new country so richly blessed with resources and with a young population needing jobs and opportunities.

Those failed policies, of a command economy and nationalised industries, have now been left behind and the country is today open for business and offering sound structures of law and trade to allow its private sector to display Pakistanis’ entrepreneurial skills and business acumen. The overarching aim is to bring national development while simultaneously providing a welcoming environment for overseas investment to propel fast growth.

Widespread privatisations over the past 20 years have brought dynamic change to great swathes of the economy, with private sector capital and initiative revitalising previously moribund public sector domains. The privatisations were, however, only part of the story: they were accompanied by deregulation, liberalisation and an emphasis on good governance in a coherent strategy package aimed at creating a climate and a structure in which the private sector could respond. The targeted result was a safe and
secure haven for investment that would aid in tackling the national challenge of providing growth and employment for Pakistan's 180 million people. Today, the telecommunications and textiles industries are 100 per cent private, as are more than three-quarters of the banking sector, significant parts of the cement, sugar, motor vehicles and fertiliser industries, as well as power generation, with independent power producers, or IPPs, and distribution, exemplified by the government’s sale of the Karachi Electricity Supply Corporation in 2005.

Minister of Finance Mohammad Ishaq Dar recognises that “a robust private sector will be the key to economic growth in Pakistan” and that the government assigned “a leading role to the private sector in the country’s economic development”. The Prime Minister, Mohammad Nawaz Sharif, goes further, saying that “socio-economic development through a conducive and safe environment for trade and investment remains our focus. A pro-business investment policy remains a central plank of our strategy”. The opportunities for foreign direct investment are emphasised by Zubair Ahmed Malik, President of the Federation of Pakistan Chambers of Commerce and Industry (FPCCI), who notes that “there are 600 multinationals working in Pakistan” but that he knows not a single one which has ever lost money in the country.

The attractiveness of Pakistan as a market and as a business opportunity is made clear by Naved A. Khan, former CEO of Faysal Bank, who is sure that “if you want to come to this market, you will never regret it because your yields are going to be higher and better”, while the CEO of Unilever Pakistan, Ehsan Malik, remarks that “Pakistan, with its nearly 200 million population, is simply too large and too attractive a market to ignore”. An outstanding example of what can be done in this business-friendly country is Nestlé Pakistan having almost doubled its sales between 2009 and 2012, with its country chief, Ian Donald, noting that “the per capita consumption of our products in Pakistan is twice as much as we have in China and India”.

Mohammad Zubair, the Minister of State for Privatisations, notes that “domestic investment is key” but expands that concept to the Pakistani diaspora, notably that in Britain, saying “it will be easier to get foreign direct investment from London” since, although some Pakistanis have now been settled in UK for many years, they still have roots in their ancestral country and links there. Mr Zubair points out that “there are so many British Pakistanis who come here and are looking to invest in Pakistan”. With their personal experiences of success in business in the UK and elsewhere, Pakistanis from the diaspora could contribute very meaningfully to a needed widening of the country's manufacturing and exports base beyond its present dependency on textiles, accounting at present for 46 per cent of total industrial output and 60 per cent of exports.

An extremely important factor in increasing even further the attractiveness of Pakistan for foreign investors is the recent securing of EU Generalised System of Preferences Plus (GSP+) status for exports from Pakistan, giving its industrial products easy and duty-free access to the 27 countries of the European Union. The Prime Minister noted that “access to European markets was the government’s topmost priority as part of the economic development agenda”, while Khawar M. Butt, Chairman of English Biscuit Manufacturers, adds that Pakistan’s textiles exports “could increase significantly as a result of the country having GSP+”, and “also create opportunity for improvement in the country’s socio-economic conditions”.

Mr Butt elaborates further on the prospect of investment and know-how from overseas to develop Pakistan’s barely explored coal and gas resources, mentioning in particular the US and Germany as possible partners. He sees this potential self-sufficiency in energy as creating the conditions for a “third wave of technology and IT” that would benefit industry and transform the productivity of Pakistan’s oldest industries, agriculture and food-processing, presenting yet more opportunities for private-sector investment.

As an aside, Mr Malik of the FPCCI, notes that “nearly 35 per cent of NASA technicians come from the sub-continent… similar figures for Microsoft”. Clearly, there is human potential in abundance.

Mr Malik, whose organisation is there to welcome and guide overseas investors, emphasises that all the conditions are in place for successful private sector investment in Pakistan, the large domestic market (the sixth in population size in the world), the access to European markets now opened by the securing of GSP+, the security of investment conditions from the legal structure now in place, the absence of any limits on profit repatriation, an independent judiciary, a vibrant and dynamic media, and a young, well-educated and ambitious population.

The Minister of State for Privatisations adds, “There is a good side and a bad side to Pakistan. We focus too much on the bad side – let’s talk about the good side.” Mr Butt adds that he is “optimistic that Pakistan has a bright future,” a reason why he himself has invested so much in the country for decades.

And it is the good side that has perhaps been the untold story: of how Pakistan has been calmly recognising the changes needed in its economic and legal structures, working to create conditions favourable for investment, putting right mistakes from the past, giving opportunities to entrepreneurs and its private sector, and now offering the opportunity to other overseas investors to join those who have already successfully taken the plunge, and to participate in writing the story of the good side – the story of future success, all while making good, long-term investments in a country of tremendous potential.