Modernisation of the healthcare sector to further attract private investment

Bahrain sees healthcare as paramount in the evolution to a service-oriented economy, and has strived to become one of the best healthcare providers in the Gulf region 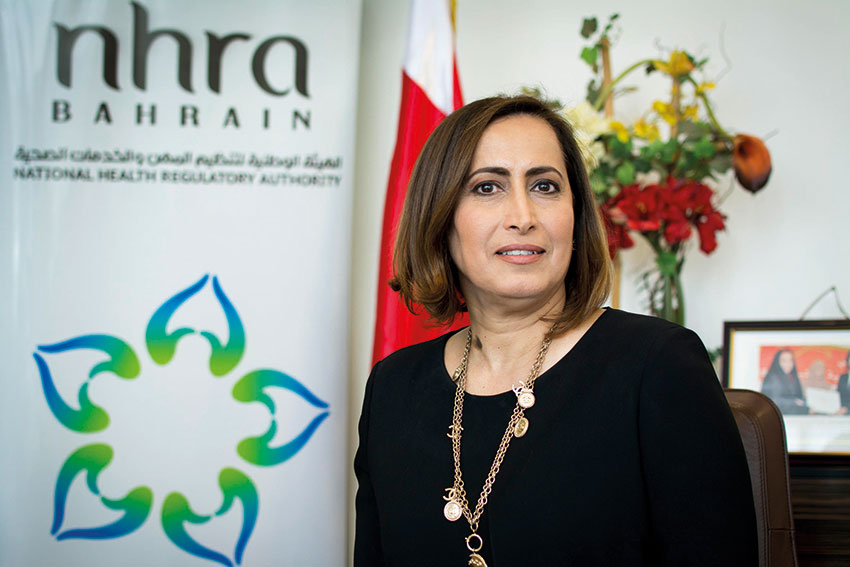 Boasting one of the oldest healthcare systems in the Gulf, Bahrain is today a regional industry leader having made impressive progress in terms of its infrastructure and World Health Organisation (WHO) indicators over the past three decades.

Since opening the Gulf’s first modern hospital, established by American missionaries in 1902, the country has gone onto develop a comprehensive and modernised health sector, which includes four state-sponsored hospitals, 14 private institutions and a large number of clinics and maternity hospitals across the island, as well as more doctors, nurses and dentists per population than any other nation in the Gulf Cooperation Council (GCC) area.

Initially modernised through a large injection of funds during the 1970s oil boom, Bahrain has continued to spend heavily on healthcare, consistently recording one of the region’s highest levels of expenditure in the sector, resulting in the country to rank among the healthiest Gulf nations.

However, with changes of lifestyle and an ever-growing population to contend with (both knock-on effects of Bahrain’s huge economic boom in recent times), now the government is seeking to meet new challenges, such as higher rates of non-communicable diseases like diabetes and heart disease, higher medical costs and a greater number of ageing inhabitants, by introducing greater private sector investment.

“While health care offers opportunities for industry expansion, it also has a broader part to play in the Kingdom’s longer-term plans for growth,” explains Bahrain’s Minister of Health, Faeqa bint Saeed Al Salah. With this, the Bahraini government is implementing regulatory reforms for the private sector to take on a more central role within the healthcare industry.

“As government resources continue to be directed towards other sectors, private investment in health care provision is becoming increasingly more important,” stresses the minister.

Indeed, this is a trend being seen throughout the Gulf, where countries like Bahrain are entering a new phase in their demographic and economic development. Due to these new demands, the healthcare sector is likely to receive the highest volume of non-oil investment in 2017 across the GCC, according to a new study by the CFA Institute, a global association of investment professionals.

In this context, most GCC countries are passing reforms in their health industries, moving towards a system where health ministries act solely as policy makers and regulators in order to attract greater private sector participation to the sector.

“In the GCC, given the demand for health care amidst an ageing population and prevalence of lifestyle diseases, the healthcare sector is fast developing into a robust system,” explains Dr Mariam Adhbi Al-Jalahma, Chief Executive Officer of the National Health Regulatory Authority (NHRA); the body created in 2009 under the government’s Vision 2030 strategy in order to oversee the liberation of the healthcare industry.

“While healthcare sector growth was before mainly driven by GCC governments, we are now seeing an increased participation by private players,” she continues. “With programs, such as mandatory insurance (the National Health Insurance Scheme), there is an increasing reliance on the private healthcare sector to expand rapidly to create capacity for their growing markets.”

And so today, numerous new facilities are planned all over the region, making the healthcare sector a vital allocation for many institutional investors in their overall investment strategy.

But what kind of opportunities are there for investors in Bahrain’s healthcare sector specifically?

“We have genuine interest from the private sector and they are talking to us about which key areas have strong demand or growth,” says Dr Al-Jalahma.

“First and foremost, we recommend looking into health insurance and also specialised services. Demand for specialised centres of excellence (CoEs) is also growing rapidly as the burden of disease shifts from the public sector to the private sector.”

A substantial number of patients are also seeking specialised treatment abroad, explains the NHRA CEO, so developing more CoEs in Bahrain would help meet not only local demand but also regional.

“It is a unique opportunity that can reduce the need to travel overseas for treatment. Developing more CoEs would also bring in more medical tourists to Bahrain as well as attracting and retaining highly qualified and experienced clinical talent.

“Bahrain should be a regional hub, being geographically well positioned and having strong human resources, we should be seen as a centre that can serve the rest of the region.”

“It needs to happen very gradually, by building confidence and introducing trustworthy independent bodies and so on,” affirms Dr Al-Jalahma, and that includes the NHRA itself, she says.

“With the upcoming plans to introduce the National Health Insurance Scheme, NHRA will play a key role in accommodating new entrants into the market, and will be a window of transparency for the sector.”

The introduction of the scheme involves two stages. The first phase, which began last year, was to study the health insurance industry. This included a comprehensive study by the World Bank on the prevailing situation and the options available to set up the health insurance system, based on international best practices. An operational plan will then be selected, involving the formation of working groups and workshops with the participation of stakeholders.

The second phase involves drafting a health insurance law in coordination with different government agencies, and collecting feedback from stakeholders. While the government will fund the contributions for all Bahrainis towards the mandatory basic health insurance plan, employers will do so for expatriate residents. In addition, a National Health Insurance fund will be set up.