A modern approach to progress

Article - November 30, 2011
Moving on from its socialist past, Tanzania is creating an open, forward-thinking economy 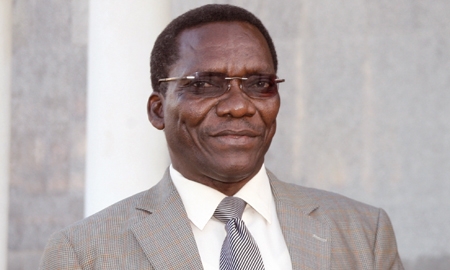 The rise of the BRICs (Brazil, Russia, India and China) and the eastward shift of the world’s economic weight have attracted a great deal of coverage in financial media in recent years, though on closer inspection it would appear that the more impressive examples of progress are to be found to the south. An analysis by The Economist has revealed that six of the world’s 10 fastest-growing economies between 2001 and 2010 were in sub-Saharan Africa. Furthermore, the trend looks set to continue as seven African countries make it into the IMF’s predicted top 10 economic performers list for the next five years, with Tanzania surging into fifth place, forecasting annual average GDP growth of 7.2 per cent. President Jakaya Kikwete is aiming to achieve this goal through the government’s new five-year development plan and its ambitious Vision 2025 roadmap.

Over the past two decades, Tanzania has experienced a remarkable political and economic transition, which has brought in rising levels of foreign direct investment (FDI) and economic growth, as it moved from a socialist state with a centrally planned economy to a multi-party democracy with a liberalised free-market economy.

“Tanzania is opening up so fast now,” says Prime Minister Mizengo Kayanza Peter Pinda. “Previously, Tanzania did not take advantage of its opportunities to harness the private sector within the country. But now we have a different political mindset. The local private sector is an area that we are focusing on. These guys have got the ability to market and brand the country in a more effective way.”

The country has come a long way from its socialist days when its state-controlled financial sector had only a few slow-moving institutions; nowadays it boasts a well-regulated and supervised financial system with almost 40 banks and other financial institutions. Sensible policies and the relative isolation of the banking system have helped Tanzania to weather the financial crisis well. Direct government influence in Tanzania’s banking and finance sector has gradually diminished, and since the deregulation policies of the 1990’s, the country has attracted numerous international banking institutions. However, rising international commodity prices, especially for oil, have had a negative effect on the local economy and have increased the risk of inflation. At the same time, the shilling has depreciated significantly against the US dollar in the past year, due to the volatility of international currencies and the economic crises facing Tanzania’s main trading partners.This year, Tanzania celebrates its 50th anniversary of independence from the UK, though relations between the two nations remain close and continue to gain strength both politically and commercially. “We are currently enjoying a lot of investment from the UK in areas such as tourism, mining, petroleum exploration and agriculture,” says Mr Pinda. “The national strategy for growth and poverty reduction is crucial, as 80 per cent of the population live in rural areas and that is where there is a lot of poverty, which is why I make a lot of noise when it comes to agriculture – the country’s main economic earner – because I know it will have a big effect on poverty reduction.”

Resource-rich and breathtakingly beautiful, Tanzania needs private-sector involvement across the board if it is to fully capitalise on its natural assets, human capital and the pro-business attitude the government has nurtured. President Kikwete’s administration has gone to great lengths to improve transparency, enhance good governance and create a financially secure, investor-friendly environment for both national and foreign investors. Challenges remain, however, such as securing adequate electricity supplies and improving infrastructure.

British involvement is increasing, according to the Tanzanian Investment Centre (TIC); there are more investors here from the UK than from any other country.

“A lot of British investors are individuals and small companies,” says British High Commissioner to Tanzania Diane Corner. “Of course, the big players are also here – Standard Chartered Bank, Unilever, Barclay’s, Diageo, PriceWaterhouseCoopers etc. We have a diversity of investors and a very active British Business Group here, whose members range from FTSE 100 companies to small, private set-ups. If you look at the amount that has been invested since 1991, Britain is way ahead of any other country. It is quite extraordinary.”

Tanzania’s Vice-President Dr Mohamed Gharib Bilal agrees: “We have learnt so much from the British; our history is entwined in so many ways. Our management style, our education and defence is all from British traditions and institutions. We also have a good relationship in terms of trade, services and bilateral communications between the countries. We are striving to create new opportunities to cooperate and attract more UK investment for the energy sector, service industry and institutional management.”