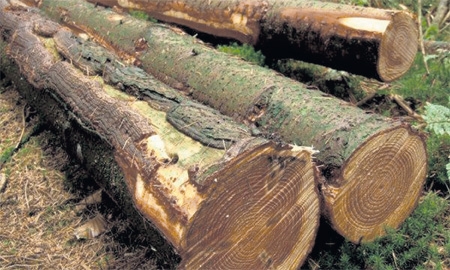 To set more specific short and mid-term objectives in terms of boosting growth, creating more jobs and reducing poverty, the state drafted the Growth and Employment Strategy Paper (GESP) to serve as a framework for 2010-2020. In this document, Cameroon also reaffirmed its commitment towards achieving the UN’s Millennium Development Goals (MDGs) by the year 2015.

Despite its efforts, however, Cameroon has made progress in just three out of the eight goals (namely, gender equality, education and environment). The Minister of Economy, Planning and Regional Development, Louis Paul Motaze, recognises that there is still a very long way to go, yet he remains optimistic that Cameroon can still make progress by the deadline. “Nothing is being left to chance to obtain a better score either in the next report or in 2015 during the final evaluation of the MDGs,” he states. “For the Government, growth passes through sustainable development and that Government’s efforts geared towards ensuring sustainable growth are unwavering.”

The Government hopes that economic stability will facilitate its GESP goals and, in turn, move the country closer to meeting more of the MDGs, or at least improving its scores.

u Between 1996 and 2007, the percentage of people living below the national poverty line fell from 53.3 per cent to 39.9 per cent. Urban areas saw a more noticeable drop: from 41.4 per cent to 12.2 per cent. Sadly, rural areas have not benefited nearly as much. Also, the latest data for the prevalence of moderately to severely underweight children under five point to lost ground in the race: 13.6 per cent in 1991 as opposed to 19.3 per cent in 2006.

u While the gender parity index in primary and secondary level enrolment remained largely unchanged between 1996 and 2008, significant gains were seen in the tertiary level, where the ratio rose from 0.2 to 0.79. The number of seats held by women in national parliament has dropped since 1990 from 14.4 per cent to 13.9 per cent, nevertheless is favourable compared to the late 1990s, when it stood at just 5.6 per cent.

u Although the percentage of births attended by skilled health personnel has remained stable, there has been progress in lowering the maternal mortality rate, which dropped from 680 to 600 per 100,000 live births between 1990 and 2008. Overall figures for contraceptive use among married women between the ages of 15 and 49 have improved, as has the percentage of women who receive antenatal care coverage.

u HIV/AIDS remains a problem in Cameroon, though awareness and condom use in high-risk sex is on the rise. The proportion of children under five sleeping under insecticide-treated bed nets is similarly improving, up to 13.1 per cent in 2006 from 1.3 per cent in 2000. Treatment for malaria among the under-fives, however, has slipped over the same period, and the prevalence of tuberculosis has grown.

u Cameroon’s territory is losing to deforestation, and CO2 emissions have more than trebled since 1990. Conversely, the consumption of all ozone-depleting substances (ODS) has plummeted from 125.1 metric tonnes in 1990 to 36.1 metric tonnes in 2008. On another positive note, the proportion of terrestrial and marine areas protected to total territorial area has risen from 6.9 per cent to 9 per cent. Furthermore, the number of people using an improved drinking water source has risen 24 percentage points.