Article - February 8, 2012
In just a few decades, South Africa has emerged from the dark ages of apartheid to become a progressive, forward-thinking nation. ‘Brand South Africa’ has been instrumental in portraying the country’s optimistic new image to the international community 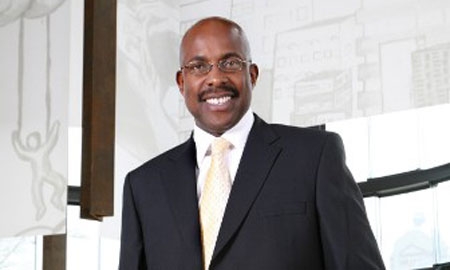 Over the past decade, in particular in light of the global recession, the competitive void being filled by the emerging economies is fierce. From ‘Malaysia – Truly Asia’ to ‘Incredible India’, we are all familiar with the strategic campaigns being launched from South America to South East Asia. Almost every market with a viable infrastructure and stable political centre is competing for the lion’s share of foreign direct investment from the developed markets.

Starting in 2002, South Africa established ‘Brand South Africa,’ to co-ordinate marketing initiatives aimed at increasing awareness of the country’s extraordinary transition. The country is now home to one of the most progressive constitutions in the world.

By developing and implementing a pro-active marketing and communication strategy for the nation, Brand South Africa has centralized the country’s mechanism for communicating its macro-development to the international community. Working in coordination with some of the leading bureaus in the country, such as the Department of Trade and Industry and the Government Communication and Information System, Brand South Africa is able to coordinate and project a common theme that clearly outlines the country’s plans for attracting investment, as well as promoting the overall theme of the country. Having launched a number of domestic programs, including ‘Movement 4 Good’ and the ‘Brand Champion Programme’, the message is effectively reaching the right audience, with South Africa recently being recognized as a member of the BRICS countries.

In operating with a centralized company, all facets of the administration are able to work together with one voice. In a recent announcement from the Ministry of Finance, Minister Pravin Gordhan is adapting the country’s financial structure to facilitate greater ease of access for companies wishing to enter the market. Through the National Treasury, changes have been proposed to local listings on the Johannesburg Stock Exchange (JSE), that all inward listed shares on the JSE are to be classified as domestic, meaning foreign companies listed on the domestic market can be traded without limits.

“We have also agreed on several reforms to improve South African’s position as a financial gateway into Africa and facilitate cross-border transactions,” stated the Minister in a recent interview.

Supported by Business Unity South Africa (BUSA), the agency commented that Minister Gordhan’s assessment of the medium-term budget is positive for business confidence.

Former JSE CEO, Russell Loubser commented: “We very much appreciate the thoughtful and careful manner in which National Treasury and the Financial Services Board have engaged on this issue, which clearly has an important impact on the markets.”

The leadership of Miller Matola, CEO of Brand South Africa, and his experience as former portfolio manager of South African tourism for the Americas, has ensured that all areas of development are given the correct exposure to the appropriate markets.

“We really needed to start promoting South Africa in the international market because we come from years of isolation from the apartheid era. In 2002 it was evident that we needed to attract investment, we needed to increase trade, we needed to expand our tourism sector in order to address all the socio- economic challenges we had in the country.”

Mr. Matola felt the solution for addressing the socio-economic challenges required a change in focus. The responsibility did not rest on the shoulders of those with money, political and business power, or those with the loudest voice, but with every citizen being made accountable to their community, family and humanity. He said: “It has been shown time and time again that we can no longer just sit on the side lines hoping that policies, legislation and governments will decide the best course to take in addressing, for example, HIV and AIDS. We all need to adopt and develop an attitude of respect towards the rights of others, especially those who are vulnerable, and to encourage collective effort and tolerance towards those who are marginalised and victimised in our communities because they are different.”

By addressing the general public in terms of social responsibility, Brand South Africa have been able to promote greater domestic awareness of issues ranging from recycling and energy efficiency. South Africa is not only changing the mindset of the country, but is acting as an ambassador for the development of the whole continent. By becoming not only the first African country to host the World Cup, in 2010, and also the first country to host an IOC meeting in July 2011, South Africa has assisted in the branding development of Africa’s capabilities.

“As a proud country for the 2010 FIFA World Cup, South Africa delivered a truly memorable and world-class African tournament as the world experienced Africa’s rich diversity and imbibed in the spirit of ‘ubuntu,’ which relates to humanity’s interconnectedness. Having the IOC in the country is also an affirmation that the government supports all sporting codes, even though football, rugby and cricket attract so much attention.”

Assisted by some of the country’s leading public sector firms, such as South African Airways (SAA), whose most recent accolades include Business Traveller magazine’s ‘Best Airline in Africa’ and ‘Best Business Class in Africa,’ the nation is also supported by its currency decline. According to Bloomberg, the 19% decrease in USD/Rand has benefitted the export market thanks to a competitive exchange rate on domestic products.

Companies such as Sasol, South Africa’s largest company by revenue, have structured forward-currency contracts in order to protect foreign investors against currency volatility.

“All major capital expenditure in foreign currency is hedged through forward contracts immediately after their approval of a project, while import costs in excess of $50,000 are also hedged. A forward contract is an agreement to buy or sell a currency at an agreed price at a specified future date,” stated Jacqui O’Sullivan, spokesperson for Sasol.

Paying homage to the ANC, Mr. Matola stated: “The ANC certainly created the road that we travelled down, but the people will always pull themselves up. In initiating the revolution the ANC were instrumental. The leaders who have been a part of this movement have also been key. Without these efforts, this country could have gone up in flames. There is a common understanding that we are all in this together.”

In illustrating the nation’s competitive nature, Mr. Matola commented that: “You have in South Africa a country that is not only open for business, but also stands to offer good returns from an investment point of view.”

Brand South Africa represents and highlights a truly remarkable set of national accomplishments, and is also set to kickstart significant interest in the continent as a destination for investment.