Risk-taking, innovation: it's in the blood 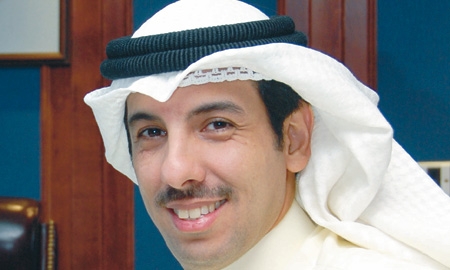 MARZOUK NASSER AL-KHARAFI, CHAIRMAN AND MANAGING DIRECTOR OF AMERICANA AND BOARD MEMBER OF KHARAFI NATIONAL
SHARE

Americana – one of the region’s largest and most successful corporations and the company that has brought American fast food franchises such as Hardee’s, KFC and TGI Fridays to the Middle East and North Africa (MENA) – and Kharafi National – an international, multi-disciplined construction and infrastructure project development firm with diversified operations – are two companies at opposite ends of the business spectrum.

But there are three things they share in common: they both belong to the prolific Kharafi Group; both are at the forefront of innovation; and both companies regard their people as their most valuable asset.
Fast food lovers may find it hard to believe that the ubiquitous KFC sandwich originated in Kuwait – a creation of Americana. “KFC used to be all about bones and chicken, but we were the first to develop the sandwich line. We rolled it out and it was a huge success. And then the mother company took the line,” recalls Chairman and Managing Director of Americana and Board Member of Kharafi National, Marzouk Al-Kharafi.
Americana is part of the Kharafi Group, a family-run business established as a construction company by his grandfather, Mohammed, in 1956. Marzouk’s father, Nasser Al-Kharafi, was a billionaire mogul who ran the group until his death in 2011 (the same year that he ranked 77th in the Forbes list of the world’s richest).
Since then, it has become one of the largest construction companies in the MENA region and has been instrumental in the building and rebuilding (following the Iraq occupation) of Kuwait. Marzouk Al-Kharafi says the company has always been innovative in bringing solutions for Kuwait’s infrastructure development.

“[Kharafi National] did the first BOT (build-operate-transfer) project, which was the Sulaibiya Waste Water Treatment Plant, using reverse osmosis technology. That was high-technology that was not available in the region. We have always been there for the Government, helping them find ways to solve the issues regarding infrastructure.
“After the liberation of Kuwait, the first companies that worked in Kuwait were those in the Kharafi Group. The first restaurant to open was KFC. The first construction company to operate was Kharafi. We worked with engineers to build Kuwait. We built the parliament in record time.”
Innovation has always been in the Al-Kharafi genes, and so too has risk-taking. The group entered Egypt during the Arab Spring when the country was in turmoil and miraculously managed to construct three power plants in Egypt, totalling 1500MW, and open 28 restaurants. “We worked hard. We were working 24 hours a day during the revolution,” recalls Marzouk Al-Kharafi.
So how did the company manage to finish this work in such a short space of time? The Americana MD says it was because of its people, who have always been made to feel part of the family. “Our main asset in Kharafi Group and Americana is our people. We depend on them. We trust them, and make them feel as if this is their company,” he asserts.
Valuing its people as its most prized asset is something that Marzouk’s father and grandfather did before him. His father died tragically in 2011 from a heart attack at the age of 67. Nasser Al-Kharafi was a renowned mogul, known for being a fair businessman and a philanthropist. His well-publicized death was mourned not only in Kuwait, but around the whole of the Middle East.
Marzouk Al-Kharafi says most important things his father taught him were: “integrity, Integrity, sticking to your word and taking care of your people is the most important lesson. They are your main assets. You are as good as they are. If they trust you and work with you as a family and as a team, you will always be in good hands.”