‘100% of Renault and GM vehicles in Colombia use MAC products’

Article - July 29, 2011
MAC is the leading battery manufacturer in Colombia. Created in 1957, it now has close to 54% of the national battery market and 91.5% of MAC batteries come from the original battery assembly lines 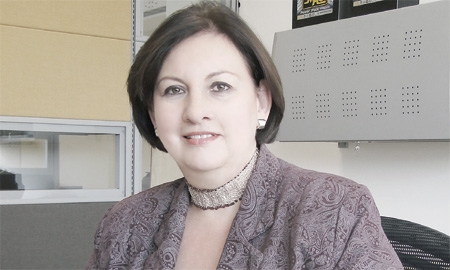 Maria Fernanda Mejia, president of MAC, has plans to build the biggest modern battery plant in the country and region, equipped with top-of-the-line technology, for the production and ability to recycle batteries without damaging the environment. Here, she shares more information about MAC and its developments and achievements.

In 1957, your father bought his boss’s workshop and turned it into a battery manufacturing workshop. Afterwards, he obtained a position in the region and created significant liaisons worldwide. What have been MAC’s basic and unique features throughout its career?

When my father returned to Cali, Colombia, he got a job in the same business he had learned in Argentina, that is, in an electrical service workshop called Battery Distributor. My father obtained great recognition because he modified vehicles to fix them and offered outstanding customer service.

He worked there from 1955 to 1957 until the owner suggested that he buy the business for 4,000 Colombian pesos ($2.27), paid in installments. The company later became MAC, a battery and car-part trading company in the vehicle market.

However, it was not only until the 70s that the company had an industrial-like facility. A tire manufacturing company, Icollantas, decided to close the battery production line and my father bought it. During the early 70s he became a supplier of the vehicle-assembly industry. This was a decisive role because the vehicle industry defines the technological line for car-part complements.

Vehicle-assembly companies were so demanding in quality processes that we had to develop improvement processes, which already have been implemented. We think that although economic profit is not high in this trade relation, there is compensation through the learning experiences we have obtained from them.

Our relationships with assembly companies still remain strong today; 100% of Renault and General Motors’ vehicles assembled in Colombia use our brands. Some of the production in Ecuador and Venezuela has MAC products, as well.

Both internationalization and entrance in new markets such as Uruguay, Bolivia and the U.S. are vital. Why did MAC enter these markets? How important is the U.S. market for the company nowadays?

The internationalization processes started in 1992. It first began with raw materials because the product was not ready to enter the international market yet.

Our natural market is the Andean Pacific, which covers an area from Panama to Chile and every country of the Andean Community. Our secondary market is in Continental Central America and its islands.

Even though we are not widely known in the American market, we have had a share there for many years. There is a chance to exchange products with Johnson’s customers through the partnership we are developing. In fact, we have already exported to the U.S. this year.

What specific actions does MAC carry out to protect the environment?

A significant benefit for the environment comes from our modern sustainability approach. We can pick up used batteries that may have been disposed of inappropriately and may be harmful. We can process them and recover 100% of lead and polypropylene. We can also treat the electrolyte appropriately, which is sulfuric acid and water, to use it subsequently in other tasks at the same plant. If it must run through the sewer system, we can ensure adequate conditions to avoid any inconvenience.

We can also guarantee a safe process in social, environmental and labor terms.

We have the necessary technological conditions to achieve it. Not only do we have the adequate filters but also an industrial waste treatment plant, inside-process controls and training for our staff.

Our goal is to reach what we call ‘closed cycle’. This means that everything can remain here at the plant. It is the capacity to process incoming hazardous waste and finally generate raw material to create new products. At the end of the process, remains should be sent to another industry. Meanwhile, we have a landfill in proper conditions that meet environmental regulations.

MAC has received a lot of prizes. What does MAC mean to you after its history of growth and success? Where is MAC now and where do you dream it will be in the years to come?

I have worked for MAC since a very young age because we used to come and work on several things during school breaks. I have been working in auditing in MAC’s financial area since 1985 because I studied accounting. I have been running the business since 2001, when I took over my brother’s position as he was appointed Minister of Mines and Energy. This job has been a fascinating learning experience.

I am interested in people and their professional growth. I find great satisfaction when I visit the plant and see people who are satisfied with our achievements and their fulfilled individual goals.

As businesspeople, we are responsible for providing the company with sustainability to last in time. However, it is important for businesspeople to have a soul. I mean, workers must appreciate them and they must struggle for themselves and for the company.

In the years to come, I see a huge company with the market share we currently have. I was lucky to celebrate our first million batteries and reach 3 million in an even shorter term. This has not happened by chance at all, but it is rather the result of hard work. After reaching 3 million, we ought to take the risk to achieve 6 million batteries. This is a risky growth process where we had better be confident about a market which will buy this product once it is made.

Additionally, we must have both equipment and well-trained staff to face this challenge.