Article - September 30, 2011
Kuwait is reforming its healthcare system through various channels, and the KDP is allocating millions of dollars toward a very ambitious plan to increase the amount of hospital beds by 3,565 (60%). Dr. Hilal Al-Sayer, Minister of Health, explains, “We are also building a new hospital, the Jaber Hospital, which will be one of the largest projects in the Middle East. This is all being done with the aim of reducing overcrowding.” 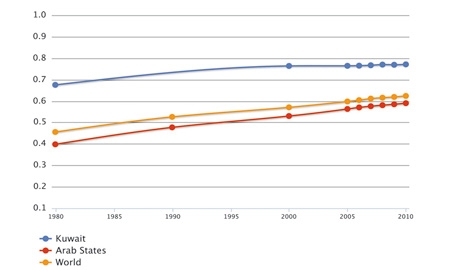 Also envisioned in the plan is raising the involvement of the private sector in attending to the needs of both Kuwaitis and expatriates. “I believe that now is a good time to use the private sector to support the existing government health system and develop a new frontier for Kuwaiti healthcare,” says Dr. Mansour Alorf, director of Alorf Hospital. As a bold step forward, in March 2011, the government officially launched the Kuwait Health Assurance Company (KHAC), a PPP deemed one of the Middle East's biggest healthcare companies, to handle medical insurance hospitals in the country. The majority of expats employed in the private sector—who currently seek healthcare attention in public hospitals and clinics—will instead be covered by the KHAC’s three new hospitals and 15 private clinics, which should be operational by 2015. Likewise, Kuwaiti citizens will also be allowed to use the private hospitals free of charge, creating a complimentary service and increasing levels of efficiency.

In the area of specialized medical services, which continues to be a cause for patients to be sent abroad for treatment, Alorf Hospital provides the perfect example of the advancements being made by the private sector.

Originally established as a clinic in 1998, five years later it expanded to Alorf Medical Center. Such was the demand for its services that in 2007, the institution expanded to become a multi-specialty hospital supported with a well-equipped general laboratory and a radiology department with X-ray, ultrasound and CT scan facilities imported from the U.S. and the U.K.
Models of healthcare excellence like Alorf are creating an influx of patients from the Gulf area into Kuwait seeking the high standards of the medical services. “We have tried to expand our healthcare network to provide medical services to people all over the country. It has been a source of joy and pride to have had so many patients coming from various areas in Kuwait, in addition to the patients that we have from the Gulf area” explains Dr. Alorf.

The government is also addressing a growing problem in Kuwait and the Middle East: diabetes. Kuwait presently has the seventh highest rate of diabetes percentage in the world. As a token and lasting gift, the late Emir Sheikh Jaber Al-Ahmad Al-Sabah commissioned a special institution to fight the rampant spread of diabetes. The Dasman Diabetes Institute (DDI) was inaugurated on June 6, 2006 by the current Emir, and has since become a global reference in diabetes research, treatment and prevention. It boasts research centers, a swimming pool and fitness lifestyle area, a patients’ area, and day care all under one roof.

“As far as I am aware, nothing like this exists elsewhere,” says Dr. Kazem Behbehani, director general of DDI. “This is a model not only for diabetes, but also for other chronic diseases.”

The DDI also recently opened a Genome Center, which studies the relationship between genes and diseases, and is of the school of thought that many diseases can be treated before they show any external symptoms through the encouragement of healthy lifestyles. This is an urgent initiative, given the fact that currently 70% of Kuwaitis are obese, 80% have unhealthy diets and 60% are reported not to exercise.

“We’re promoting a knowledge-based society in order for people to understand how to avoid disease, understand the long term consequences of their actions, and to lead a healthier lifestyle,” explains Dr. Behbehani.

DDI brings the best available knowledge from all over the world, partnering and collaborating with the World Health Organization, the Harvard Group, Dundee Group, Oxford and a number of other foreign institutions.