The leading machine tools company, which makes some of the world's highest quality tool and cutter grinders, provides an example of how the Japanese manufacturing sector's traditional value for craftsmanship combined with technological innovation continues to set its product apart. 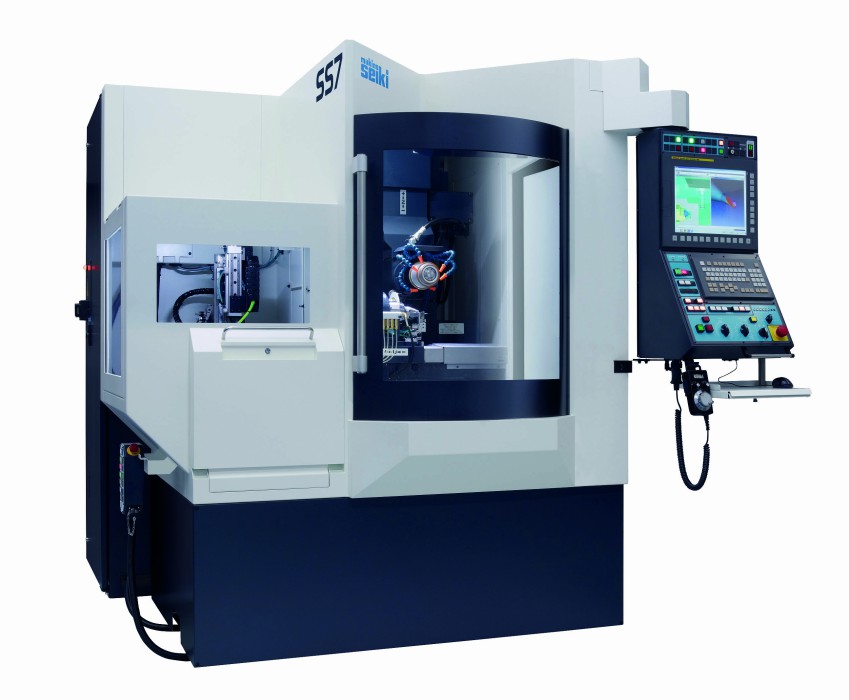 For decades, Japan has been the mother of all machineryproducing countries – its machine tools industry a chief proponent of the nation’s post-war economic boom and a symbol of its great monozokuri tradition for manufacturing that is admired (and often imitated) the world over.

Today, Japan remains a major global player in the machine tools sector, and in the last 10 years has set about reinventing one of its most important industries as it looks to fight off competitors and adapt to the challenges and opportunities brought about by modern technological advancements.

With the global machine tools market predicted to exceed 120 billion dollars in 2020, according to a report by Technavio, innovation is clearly already having a transformative effect on the sector, resulting in many countries across the globe to record higher growth. While regional rival China is currently the country with the world’s largest machine tools industry, it gained its status from producing low-end machine tools (though it is now shifting its focus to manufacturing mid to high-end products in order to meet global demand).

In Japan however it has always been about quality over quantity, says Daisuke Shimizu, President and CEO of Makino Seiki, the Kanagawa-based machine tool company which makes some of world’s highest quality tool and cutter grinders.

“In the machine tool industry, the key is longevity. Our customers use our products for a period of 10, 20 or sometimes 50 years. Our goal is that our customers acknowledge that it was a good choice for them to buy Makino Seiki machines. And to accomplish this goal, we need to make quality and highly precise machines. Our competitors in other countries may be not as careful as we are in terms of accuracy, and this is the reason why their machines sometimes only last for a couple of years.”

Indeed, what also gives Japanese products – and Makino Seiki tools in particular – their edge, is the respect the manufacturers have for their craft, defined by the Japanese as monozokuri.

“Machine tools are not just machines. They are made by people,” says Mr. Shimizu. “And some techniques can still only be made by hand, such as the scraping process which requires high human skills. In Japan, when people enter a company, they intend to stay until their retirement. For this reason, we can train them continuously and these skills are precious for the company. This specific model is one of the reasons why Japan still holds an advantage compared to other countries.”

The global tool grinders market is expected to grow at a rapid 4.52% annual rate over the next five years, driven by an increasing demand in automotive, electronics and aerospace. As Makino Seiki machines make cutting tools, rather than specific components, these tools can be used in a wide range of industries, meaning the opportunities for a further growth are everywhere.

“We need to make traditional cars as well as electric vehicles; we need to make new mobile phones to adapt to 5G for which new molds need to be made, and these trends are also found in many other sectors,” says Mr. Shimizu.

“The number of potential customers is constantly increasing in Japan and all around the world. And the good thing for us is that the number of potential suppliers for quality grinding machines is limited. There are only two players in Japan, including us. The other competitors are mostly found in Europe and Australia. To compete on this market, we rely on the accuracy, longevity and stability of our machines. We seek accuracy not only through software, but also through mechanics – because this is the best way to ensure that precision will be consistent in the long run.”

While Makino Seiki’s faith in mechanics and the grace of the human hand is apparent, investment in technological innovation to complement this ethos also plays a key role in the company’s success. And with the market increasingly adopting solutions to automate operations and increase efficiency, the company’s MSPS-II
technology is a prime example of a solution that allows unattended and continuous operation.

“The specificity of our company is that we manufacture machines, but we also design our own software to work along,” explains Mr. Shimizu. “For this reason, the collaboration between technology and mechanics is even stronger. Usually, companies use external software to support their production.

By doing both, the communication works much better between the production line and the software. This way, we can customize both the machines and the features of the software according to the customers’ needs.”