Article - August 5, 2013
The OKFTZ looks to be the first of 25 new free trade zones that will enhance Nigeria's trade and sustain growth for the future 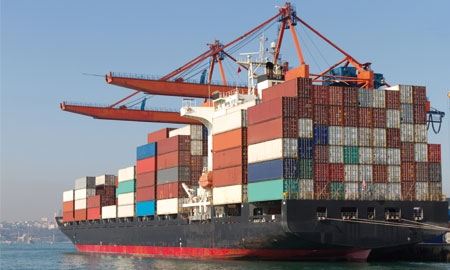 THE OKFTZ WILL BE THE FIRST NIGERIAN FREE TRADE ZONE WITH A DEEPSEA PORT, SET FOR COMPLETION IN 2019
SHARE

Just 100 kilometres east of Lagos, Nigeria’s largest city and foremost economic centre, the Olokola FTZ (OKFTZ) is under construction. Located in the Ogun and Ondo region, the 10,000-hectare state-of-the-art development will become the first of Nigeria’s 25 free trade zones to offer a deepsea port, making the area a gateway to the world and the hub of West Africa. In doing so, the project – a public private partnership with the European company IPEM – looks to contribute to the country’s continual development, while also becoming one of Nigeria’s leading FTZs.
Since the passing of the 1992 FTZ act, over 1,800 jobs have so far been created owing to the 25 FTZs that are currently being planned or constructed. “Let’s first say that the idea of creating FTZs in Nigeria is very positive,” says the Managing Director of OKFTZ, Luk Haelterman. “The competitive advantage of FTZs in Nigeria is simply the neighbourhood of the huge market, and the possibility of minerals and other base materials that are available to a heavy extent. “I really believe that is the way to industrialisation, which leads to employment, better skilled jobs and the rise of a real middle class.”
However, despite being one of the latest projects in a number of developments popping up all over the country, Mr Haelterman believes the answer to successful industrialisation doesn’t rely on the creation of yet more FTZs, but in making sure the existing ones are fully functional. “To get them working, there are basic needs. The first is access; if you produce, you have to be able to bring in your raw materials and evacuate the end products. If we talk about infrastructure, and particularly the infrastructure leading to the FTZs, none of them has a decent port.” Indeed under plans for their own deepsea port project, OKFTZ looks to change this. Outlined for completion in 2019, the port will contain, amongst others, a service port for oil and gas businesses, bulk loading and unloading quays, liquid jetties and a fully integrated container terminal, while also becoming a valuable alternative to the congested Port of Lagos.
“A deep sea port is a very long-term investment,” explains Mr Haelterman. “So on our side, we decided to cut it into phases. Every side of the port will be a separate financially viable project.” The vital infrastructure will eventually become a very welcome addition to the states of Ondo and Ogun, situated in one of Nigeria’s major oil producing territories. Together, the area has about 54 kilometres of coastline on the Atlantic Ocean and border about 60 per cent of Nigeria’s offshore oil and gas fields in the western Niger-Delta Basin. Immediately inland, there is extensive exploitation of varied natural resources such as rubber, timber and solid minerals.
According to recent news reports, the prospect of the port is already having a positive impact, with rumour suggesting Dangote Group – owned by Africa’s richest man, Aliko Dangote – is willing to propose the construction of a £5 billion oil refinery to be located in the OKFTZ. While such a scenario would provide an extremely exciting outlook for the project, aside to this, Mr Haelterman stresses other than the area’s advantage of stable crude oil supplies, the OKFTZ will also be looking to broaden its horizons in the true spirit of Nigeria’s push for economic diversification. “The services we attract can be of a diverse nature. Once your economy starts to grow and you really attract investment, then you also fit new industries. We believe this is certainly a possibility for many of the FTZs out there.”