Leading the race among top-performing exchanges

In 2015, small, open economies such as the Philippines and Thailand will need to spend less on costly imports of oil and gas. At these equity markets, sectors likely to profit from cheap oil include telecoms, banks, technology, industrials and logistics. 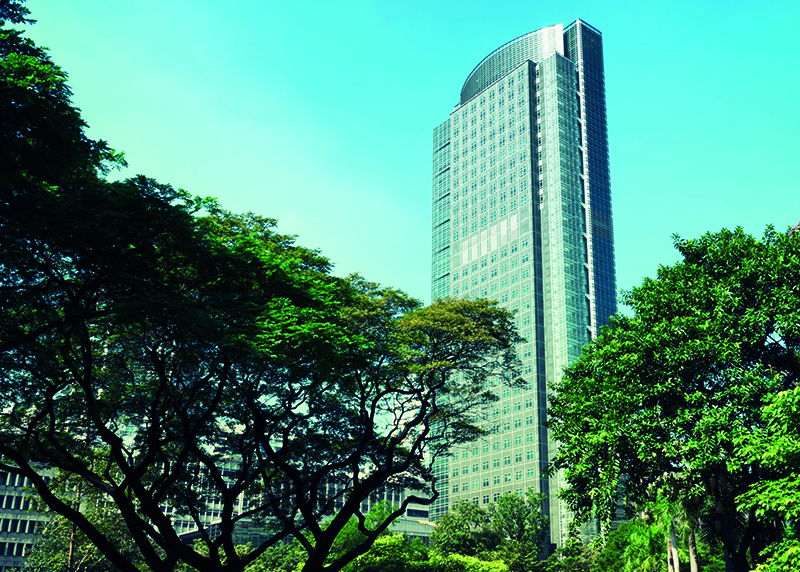 HEADQUARTERS OF THE PHILIPPINE STOCK EXCHANGE IN MANILA
SHARE

In a fickle year for emerging markets, Asia surged ahead in the race among the top-performing exchanges. Led by India, the Philippines and Thailand, solid fundamentals gave Asian exchanges their advantage. The race in 2015 has a few obstacles along the way, but Asian markets will likely outpace their com-petitors again.

The BSE Sensex index at the Bombay Stock Exchange closed the year with an increase of 29.89% year-on-year. Meanwhile, the CNX Nifty (Nifty 50) tracking the largest companies in India marked a whopping 31.39% increase over 2013. Top gainers in Nifty 50 included electronics firms, industrials and chemical plants.

The MSCI India Index, covering 64 of the largest Indian equities and tracked by global investors, put annual performance in India at a lower figure of 26.41% in December 2014. Shares on Indian trading floors tend to underperform in US dollar terms, not due to any misaligned market fundamentals, but because the rupee is undervalued; the weak domestic currency often erases a portion of returns for foreign investors.

Despite this erosion in earnings, it’s no mystery why investors are still upbeat about India. Real GDP is expected to grow by 6.3% in 2015 and 6.5% in 2016. India is likely to return to a high-growth path after its slowdown in 2013–2014 and government reforms are expected to give markets a thrust.

The collapse in oil prices was good news for Southeast Asia. In 2015, small open economies such as the Philippines and Thailand will need to spend less on costly imports of oil and gas. At these equity markets, sectors likely to profit from cheap oil include telecoms, banks, technology, industrials and logistics.

The Philippine Stock Exchange outpaced many of its com-petitors in 2014 based largely on expectations. Real GDP in the Philippines is the second-highest after China, with 6.3% projected for 2015. Consumer price inflation, meanwhile, is expected to stay under 3.9% this year. The renewed confidence also stems from robust domestic demand. This bodes well for IPOs since the market will be awash in liquidity.

By end-December 2014, the benchmark Philippine Stock Ex-change Index (PSEi) was up 21.56% year on year. The PSEi tracks 30 of the largest listed equities, including First Gen Corporation, a power company, Universal Robina, a foodstuffs concern, and JG Summit Holdings, a conglomerate with interests in transportation, banking, utilities and real estate.

In 2014, the high returns on the Manila trading floors vastly outperformed bonds and other traditional savings instruments. According to equity analysts, the PSEi bull market was largely based on corporate earnings and an expansion of price-to-earn-ings ratios. But the positive global dynamics — including the oil price reprieve — are serving as fuel for the Philippine economy.

In Thailand, the new government managed to build investor confidence in the second half of 2014. The incoming civilian government is committed to infrastructure investments and to put-ting the country back on a high-growth track. Real GDP growth is expected to leap from 1% in 2014 to 4.6% in 2015. Consumer prices are projected to stay constant at 2% this year.

Stock Exchange of Thailand (SET) closed 15.32% higher than the previous year. Despite political volatility, 16 companies decided to float shares at the SET in 2014. With 502 equity listings by year’s end, market capitalization rose to USD 11.7 billion.

However, Thai trading floors are more exposed to oil prices than their counterparts in Manila. Further declines in oil prices in 2015 could put pressure on earnings at the SET, where energy and petrochemical equities are some of the heavyweight listings. In 2015, the best performers could be small-cap manufacturers such as Pan Asia Footwear, steel producers such as Asia Steel or Asset Bright, a conglomerate with real estate and e-commerce interests.