Pioneer in the art of biscuit making leads by example

Article - April 29, 2014
EBM is Pakistan’s leading biscuit producer, one of its biggest taxpayers and a major investor in social initiatives 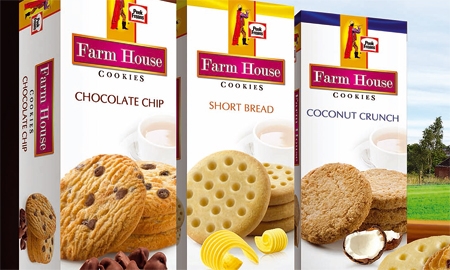 For more than 45 years, English Biscuit Manufacturers (Pvt.) Limited (EBM) has been spearheading packaged biscuit manufacturing in Pakistan under the iconic Peek Freans umbrella brand. With a “never compromise on quality” approach, EBM has produced some of the country’s best-loved biscuits and cookies and is the only biscuit company in the country to have achieved international certifications for quality control.

The company was first established in 1965 as a joint venture with the legendary Peek Freans of London, which was looking to corner the untapped Pakistani market. It initially launched as Peek Freans Pakistan Limited and became EBM in 1967. Since then it has consistently grown and has developed popular new products to become the undisputed market leader, achieving more than 45 per cent market share. It is also categorised as one of the largest taxpayers in Pakistan, paying more than PKR 2 billion (£11.5 million) in taxes to the government.

Khawar M. Butt, Chairman of EBM, says that the company’s corporate philosophy has simply been that “the success of any business depends on the democratic process in its truest form. The consumer holds the veto power in his or her hand; by buying a product, a consumer places their trust and confidence in it, and vice versa. The management must therefore channel all its efforts into maintaining product quality in order to be truly deserving of a vote of confidence from the consumer.” It seems that EBM truly has received – and retained – this vote of confidence over the years. Brand Elections, an independent consumer survey carried out across Pakistan in 2013, revealed that EBM’s popular biscuit brands Sooper and Rio are ranked highly by consumers. Sooper was in fact voted the number two brand across all categories in Pakistan. The Peek Freans brand also enjoys the internationally acclaimed Superbrands status.

In its early years, determined to establish itself as the quality biscuit brand of choice, EBM gained market presence by promoting its Peek Freans biscuits as healthy and nutritious “food between meals.” A distinctive jingle and the famous Pied Piper icon adapted from children’s literature were employed to capture the attention of children and adults alike, and to instil a sense of trust, confidence and wholesomeness in the minds of Pakistani consumers regarding the brand. EBM succeeded in transforming Pakistanis’ perception of biscuits from an occasional teatime luxury to more of an everyday need. “EBM’s intent was not only to promote its brands but also to grow the biscuit market as a whole, convincing consumers – especially mothers – that biscuits were a genuine ‘ready-to-eat food’,” comments Mr Butt. “The proof of this initiative’s success lies in the fact that our production volumes have grown from approximately 14,000 tonnes per annum in the 1980s to 110,000 tonnes per annum in 2013; a real-life example of how ‘The Legend Leads’.”

To ensure consistency in quality and avoid being subject to frequently occurring electric power cuts from the national grid, EBM invested significantly in state-of-the-art equipment for its own independent power generation and water treatment facilities. Being self-sufficient in energy needs enabled EBM to sharpen its market edge by running its plants 24 hours per day and meeting customers’ demands.

In tandem with its commercial leadership, EBM has proudly become one of the biggest investors in corporate social responsibility (CSR) in Pakistan. From its inception, EBM has pursued CSR as its cultural ethos, supporting causes such as health, education, community welfare and sports initiatives to give back to society from what it received.

“CSR is not charity. It is a solemn responsibility,” states Mr Butt. “In today’s global socio-economic environment, it is imperative that companies play a key role in enhancing and shaping economic and social progress. Sustainability of the environment and empowerment of the people are the core societal priorities and values on which a healthy nation is built.”

EBM’s Chairman has high hopes for the future of Pakistan, a country that has much to offer: natural beauty, historic sites, huge resources and a wealth of culture. He also sees the country’s health tomorrow as being heavily dependent on what is invested in its youth development today. As such, the company’s extremely diverse CSR portfolio includes substantial educational sponsorships and support, along with corporate and community partnerships to empower young people with skills that will shape future leaders. “The single largest asset of Pakistan is its youth. Some 60 per cent of the population is below the age of 30 years. This multitude of human resource – if harnessed properly and provided skills in an enabling environment with technological advancement – could create an economic revolution that would place Pakistan among the strongly emerging economic giants in Southeast Asia.”

Responsible for building one of Pakistan’s largest and most dynamic manufacturing concerns, Khawar Masood Butt is considered an icon in the private sector today. Hailing from a family of modest means, Mr Butt transcended barriers to create a remarkable legacy combining keen business acumen with a long-standing commitment to corporate social responsibility. His grounded upbringing instilled in him the deeply-held beliefs in humanism and excellence that made him adamant on giving back to society at every juncture.

A member of several prestigious institutions including the Institute of Directors (IOD), UK, Mr Butt has remained actively involved with the corporate and development sectors in Pakistan. He believes deeply in the constructive role of corporations in the uplift of society, and advocates the value of building strong, enduring institutions that contribute to a nation’s strengths.