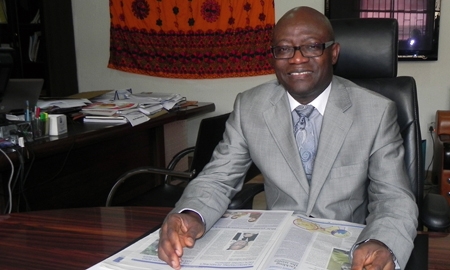 One of Nigeria’s most important oil producing regions, Delta State is using its abundant petro-earnings wisely and well, but at the same time officials are looking to move into other sectors with the help of partners both foreign and domestic.

“We are trying to leverage our oil resources to diversify our economy so that we are not wholly dependent on petroleum,” explains Delta State Commissioner for Economic Planning Kenneth O Okpara.

Along with infrastructure development, land allocation and boosting educational initiatives in cooperation with the United Nations, the government is also promoting public-private partnership (PPP) initiatives as a tool to jump start diversification.

One such effort involves the Warri Industrial Business Park, in the port city of the same name, a project that Okpara says will be developed in four distinct phases so local management can learn how the concept, which is new to Nigeria, works.

“We want to integrate whatever happens in Warri Industrial Business Park into the state’s overall economy. For example, Warri has lots of agro-based industries and we need synergies between those and the manufacturing companies in the Park,” he says.

The former World Bank official and UK-educated commissioner is looking forward to having British companies lend a hand in development schemes like this and others in Delta State.

“There are a lot of opportunities in manufacturing and agriculture here in Delta State and the UK has loads of experience in these fields so it should be smooth sailing.”