Article - November 3, 2011
The African giant is leading by example as one of the fastest-growing economies in the world, the biggest FDI receptor on the continent and a solid partner of the UK in sub-Saharan Africa 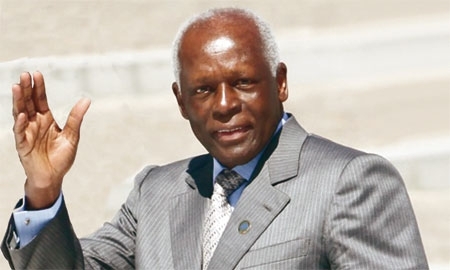 On the back of growth in the energy and mining sectors, Angola recorded double-digit economic growth from 2003 to 2008, before the global recession cooled demand. With oil production and international prices set to rise in 2011, and in turn boosting public investment and domestic consumption, real GDP is forecast to grow by as much as 8.1 per cent during 2012.

Angola’s energy and mining sectors are key drivers of its economy, generating about 90 per cent of Government revenues. Angola rivals Nigeria as Africa’s biggest oil producer and the republic is the world’s fifth largest diamond exporter. Significantly, the recent energy boom has given the Government substantial surplus revenues to pursue a policy of economic diversification. The result has been massive new public and private investments in infrastructure, transportation, telecommunications, banking, tourism and agriculture.

In its recently published 2011 Africa Attractiveness Survey, Ernst & Young identified Angola as one of a selection of African countries with good potential for foreign direct investment (FDI) over the next five years. The report points out that in addition to its oil and mineral wealth, Angola’s growing middle class will also be attractive to investors looking for new markets between 2011 and 2015.

Eager to spur economic growth and development, and to encourage private sector participation, one of the many steps taken by Angola’s Government has been to set up the National Private Investment Agency, or ANIP, to make investors’ lives easier and provide them with a first port of call.

In addition to aiding investors, the agency has also spent the past few years monitoring the Government’s ambitious public works programme, which is building up Angola’s transport, communications and social services infrastructure following many years of neglect because of the civil conflict that followed the country’s independence from Portugal.

Since 2003, ANIP has been involved in the start-up of more than 1,200 projects, with a total value of more than £3 billion. In recent years the agency has been trying to encourage a wider variety of projects, outside the oil and mining industries. Angola’s economy is currently dominated by such capital-intensive industries, which add much to GDP but do not generate enough jobs to help the average Angolan. The country still has a high unemployment rate, around 28 per cent according to African Economic Outlook, and the Government has made reducing joblessness one of its priorities.

In the past few years, during the height of the economic crisis that shook the world’s economies, ANIP has had its work cut out for it, trying to help diversify the country’s economy away from dependence on revenue from petroleum sales and to a lesser extent diamond sales.

In May, President Jose Eduardo dos Santos praised the opening of a new Special Economic Zone (ZEE) in Viana, Luanda, saying “it is a step forward on the long road of the reindustrialisation of our country.”

He added, “It is a historic landmark for the development of the national economy and the revival of domestic production of goods and services.” Similar initiatives are under way in the industrial centres of Futila (Cabinda), Soyo (Zaire), Catumbela (Benguela), the Matala (Huila), the mining area of Cassinga (Huila) and the agro-industrial perimeter of Pungo a Ndongo (Malange).

Another of ANIP’s responsibilities is to promote Angola abroad. The agency organises road shows, workshops, seminars and other forums to educate people from abroad about vast changes that have reshaped the country’s economic environment, making it much more amenable to investors.

ANIP intends to conduct more road shows in the UK and also promote more trade and investment missions from British companies in Angola, in order to enhance the understanding of the opportunities here.

UK Ambassador to Angola Richard Wildash says, “We believe that the UK has expertise in various areas which will be of great value to Angola – expertise which is based on experience of supporting and participating in economic and social development in many different contexts, especially in Africa. UKTI in the UK and the British Embassy in Luanda have a clear role to play in stimulating interaction and networking to allow connections to be made.”

Any local or foreign entrepreneur with an investment plan should approach ANIP. Regardless of the size of the investment, the agency can provide valuable sector analysis and investment information, and can help identify business opportunities. It can directly approve any project worth less than $5 million (£3 million). For investments of larger values, ANIP will prepare a dossier, including financial, economic and technical analyses to be submitted to the council of ministers for approval.

ANIP can help investors solve any logistical, organisational or legal issues that might arise, such as obtaining visas, finding accommodation for workers or arranging meetings with relevant Government ministries, making it a one-stop shop for anyone wishing to get involved.