Article - March 12, 2013
Though strategically located just two hours from the U.S., the Dominican Republic must compete with its neighbors to capture a larger market share. Support for SMEs is one way the government is going about raising competitiveness 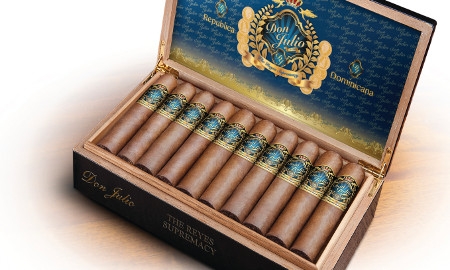 THE DOMINICAN REPUBLIC BLENDS NATURAL BEAUTY WITH BURGEONING INDUSTRIAL AND SERVICES SECTORS, WHICH ARE GROWING IN IMPORTANCE ALONGSIDE SMALL AND MEDIUM-SIZED ENTERPRISES (SMES)
SHARE

President Danilo Medina has inherited from his predecessor an economically buoyant country with excellent institutional infrastructure. Whereas former President Fernández focused on physical infrastructure, the current president is turning his gaze towards national industry and raising competitiveness.
Central to his plan are strengthening education – a sector that has traditionally suffered, with a drop-out rate of some 80% – and raising productivity, says Andrés van der Horst, Executive Director of the National Commission for Competitiveness (CNC).
Quality in the D.R. received an enormous boost with the onset of the CAFTA-DR (Central America, D.R. and U.S. free trade agreement), as local producers saw themselves competing with their counterparts in other nations for a more easily accessible piece of the pie. “I believe the FTA raised the level of competitiveness in the country,” says Mr. van der Horst. “The most important thing is that the consumer benefits.”
Nevertheless ,Kai Schoenhals, President of the Dominican Exporters Organization (ADOEXPO), points out that the CAFTA-DR has in fact raised the trade deficit in the D.R. and thus, local manufacturers must become even more competitive.
From sugar to optics
The array of Dominican exports has changed over the past several decades. Juan Temístocles Montás, Minister of Economy, says: “We’re a country that has proven to be flexible if the situation so requires it; we already did it in the 1960s, 70s, 80s and 90s, decades during which we went from depending entirely on cacao and sugar to basing our economy on tourism and the free zones.”
Agricultural exports are not to be ignored, however, as they have held fast to their reputation for quality and stood the test of time.
“Sugar and its derivatives (among these, rum, which is highly successful in demanding markets), tobacco (now in the form of premium cigars), coffee and cacao (both organic and traditional) are all oriented towards the gourmet market,” says José del Castillo Saviñón, Minister of Industry and Trade.
Free trade zones
There are approximately 50 industrial free trade zone parks in the D.R. today, out of which over 550 companies operate. Even the activities and products in the free zones are evolving. Whereas textiles still reign, a growing number of high-tech companies are moving in, producing everything from pharmaceuticals and medical devices to photography equipment and electric machinery.
Mr. Schoenhals says that the free zones have ben a huge help in introducing Dominican products into international markets, paving the way for the national industry. “Seven or eight years ago, the free zones represented 80% to 85% of the country’s total exports.

Nowadays, they represent just 50%, a positive sign that national industries have taken over the remaining 50% of exports,” he explains.
One company that set the pace for exports back in the early 1990s was Multiquímica, a manufacturer of raw materials for the paint industry. Established in 1985, by 1992 it had dominated the local market and decided to expand, beginning in Haiti and Puerto Rico and soon moving on to Central America and other Caribbean markets.
“Being an island makes us go outside to look for sales,” says Celso Marranzini, company president, adding that there were no free trade agreements in many of the markets they entered yet soon their reputation for quality began to precede them, facilitating expansion.
Made in the D.R.
Right now, more than 2,800 product lines – both from free zones and national industry – are exported to the U.S., according to Jean Alain Rodríguez, General Director of the D.R. Center for Exports and Investment (CEI-RD), who adds that D.R.’s products have proven excellent ambassadors of the Dominican country brand.
“Our products have been of such good quality and have enjoyed such success that they have formed a country brand on their own, without us having to design and strategize. The country has been led by the brand – not the other way around, which is the usual way. This gives us an idea of the capability of our products,” says Mr. Rodríguez.
National industry still holds huge untapped potential, however, especially in terms of the micro, small and medium-sized enterprises (MSMEs), of which there are more than 400,000. Mr. van der Horst of the CNC highlights that though these companies are small, they form one of the four strategic pillars for economic growth in the Medina administration’s plans, along with tourism, agriculture, and industry and manufacturing.
MSMEs, he says, comprise 40% of D.R.’s domestic product and in fact may be capable of doubling this.
Economy Minister Mr. Montás agrees: “MSMEs generate a lot of employment and our goal is not only to launch them onto the domestic market but to encourage them to export, too.”
One obstacle to this growth is the informal sector, a problem that the government program “MasPYMES” (More SMEs) will address. Industry Minister Mr. del Castillo says that under MasPYMES, more than 1,000 MSMEs will be formalized, creating a win-win situation to add to the state’s tax intake while allowing the newly established firms to take advantage of better access to loans and markets.
“Moreover, we’re promoting the development of clusters, which allow these companies to contact with others to source raw materials and other goods, thus adding greater value to these raw and intermediate goods,” says Mr. del Castillo.