Plateau State is open for investment

Article - February 13, 2013
Governor Jang shares a message of hope and optimism for potential investors to this beautiful and resource rich state 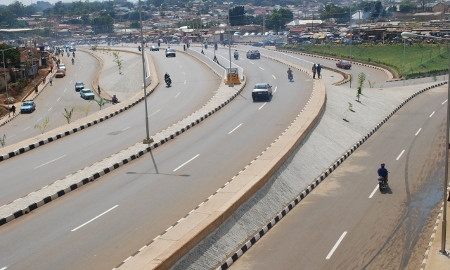 Located in central-eastern Nigeria on the Jos Plateau, from which it gets its name, Plateau State is one of the country’s most beautiful and resource-rich regions. Nicknamed “Home of peace and tourism” and “Nigeria’s most endowed state”, Plateau State has a population of some 3.5 million people, the vast majority of which are subsistence farmers.
Sadly, of late violence between Muslims and Christians in Plateau State has made negative headlines. Nevertheless, Governor Dr Jonah David Jang – a devout Christian himself and ordained pastor – is working tirelessly with the federal government to resolve security issues and lessen the tensions between the state’s two main religious groups. Despite the bad news, the governor would like to spread a message to investors that not all is bleak in his state.
It is wrong for anybody to assume that Plateau State or the entire country is under a siege and therefore investors can not come to the country. There is no place in the world today that is crisis free.
He is also an advocate of a transparent government and fair society, and is using his power and influence as governor to lay the groundwork for a brighter future for Plateau.
“I believe in a just society and continually seek to implement positive social change,” says Dr Jang. “I mean to reduce the level of corruption to the barest minimum. This is something I am seriously working on, starting with the civil service. We are implementing a biometric system to derive pertinent information from each member of the staff.
“The initiative is starting to reflect very positive results. By the time we complete the exercise, I believe the state will be saving about N1 billion a month. We intend to do the same in the local government level. This is a legacy that I want to leave behind: a clean public service.”
Governor Jang is also keen to open the state to greater investment, both from Nigeria and abroad. This beautiful and naturally wealthy state was once an investment destination, especially for UK mining companies during the colonial period. Yet the exit of the colonists in the 1960s was accompanied by the exodus of capital, and in some cases, the results were catastrophic.
“We have an issue with the former British colonisers who set up a number of mines and left the lands devastated. To this day, the radiation from these mines poses a health risk to our locals – so much so, that they have become a cause of great worry to the state. For instance, we have several incidences of breast and prostate cancer,” explains Dr Jang.
“Plateau State has the greatest resource for solid minerals in the federation. We welcome the British if they can encourage these companies to come back and see how they can help us recover these lands. That way we can get rid of the radiation problem and have more land for agriculture.”
Aside from mining, the governor would like to see foreign cooperation in education, healthcare, infrastructure, agriculture and industry, among others. The state is establishing and updating schools at the primary and secondary levels, as well as technical institutes, and is seeking help in renovating and managing hospitals.
“A lot of hospitals were established in the local governments under the Solomon Lar administration. We’re looking to renovate these old hospitals and build additional 60-bed hospitals for each of the local governments,” says Dr Jang.
“I privately met with a German company that deals with hospital developments. They have designed a fully equipped specialist hospital so that people no longer have to go overseas for certain physical examinations and treatment. We hope to partner with a foreign hospital so that they could manage the facility with us. We hope to get them to bring their own technicians and train our local health providers.”
Agriculture is an important sector with great potential for growth. The Jos Plateau boasts soil and climatic conditions that make it possible to grow crops, considered exotic to Nigerians, including wheat, barley, grapes, Irish potatoes and apples. Various water sources make year-round irrigation possible.
Cattle rearing, dairying and fish farming are other agricultural activities that play a key role in the state’s economy. Cattle rearing, however, has grown to the extent that over-grazing and its consequent soil erosion – as well as land issues between the nomadic tribes who herd the cattle and the sedentary farmers – were problems that continued to escalate until game reserves and local government areas (LGAs) for farming were established.
In an attempt to encourage industrial growth, the state government set up the Plateau Industrial Development Authority (PIDA) to serve as a link between the public and private sectors and thus encourage investors to take advantage of the myriad raw materials available in the state and transform them into value added products.