Communicating Progress to the People

Article - February 14, 2012
Since its launch in 1998, the Government Communication and Information System, more commonly referred to as the GCIS, has been the centralised voice of South Africa’s government, addressing issues varying from social reform through to infrastructure development 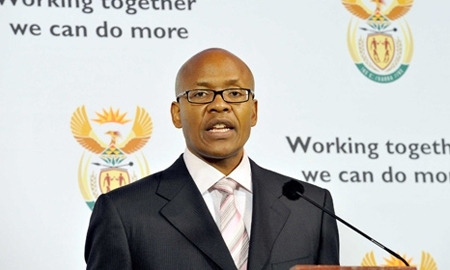 “I have 34 government departments that I should be ready to articulate on a whole range of things and to defend the things that they do,” stated Mr Jimmy Manyi, CEO of GCIS and Cabinet Spokesperson.

With over 20 years experience in the private sector, covering a broad range of services from banking to IT, Mr Manyi has the suitable background to communicate accurately on a broad range of subjects. Having also worked in government as the former Director-General at the Department of Labour he is also aware of the necessity of having a thick skin when it comes to politics, in particular in his current role as the ‘face’ of government.

“At some point you have to face the wrath of everyone as it were.”

As the name would suggest, communication is key when it comes to the GCIS mandate. The system is based around offering maximum transparency to the people in the most direct way possible. On top of the general press releases and a government newspaper (Vuk’uzenzele), the GCIS also have a broadcasting facility based in their head quarters in Pretoria. This gives direct access for ministers and various other members of government to broadcast their message to over 100 radio stations nationwide. These sessions also offer a toll free number so that any listeners can speak directly to the interviewee offering even closer contact to the administration.

While the government is committed to freedom of speech and do not believe in interfering, this means that the GCIS has a responsibility to publish the information that the press doesn’t see as being juicy enough.

“We really try to close the gap between what information is newsworthy and what is ‘sexy’ in order to sell newspapers. We need to communicate how many properties have been built or how many more people now have direct electricity. We are developing country, so most of our progressive information is still the boring agenda of upliftment. The media is looking for something first world; they want to know something big. Who’s coming with FDI? Which big global company is coming to set up shop here? We are interested in both, but we must give feedback on how many babies have certain kinds of diseases, and what the Department of Health are doing about it. These things are not nice, but they are important.”

In line with offering direct access, and coincidently timed close to Facebook’s highly anticipated IPO last week, President Zuma now has a page of his own, offering people access to the leader to state their point of view.

In coordination with the Media Development and Diversity Agency (MDDA), the GCIS are also moving forward with a community radio software management tool that would enhance professionalism, accountability record keeping reporting and good community radio management. In a progressive move to boost community advertising, in particular to benefit the small medium enterprises sector, there will be a direct platform that will offer targeted access to a variety of consumers and in turn boost local commerce.

While the current administration is aware of the domestic socioeconomic conditions, they are also aware that as the latest BRICS member they now have the attention of a much wider audience in terms of attracting foreign direct investment. Not only is the country itself in a prime position for investment, it also offers a stable platform from which to enter the other emerging markets.

In anticipation of this, the government is aware that in order to bring change, more companies entering the market must be encouraged to adopt the same values and responsibilities as the domestic market, in particular towards BEE.

“We are certainly looking for partnerships with the developed world. We would also like to see all investors regard some of our laws, in particular BEE,” commented Mr Manyi.

In line with improving the equality within the country, further steps are also being made in terms of beneficiations. Given the immense wealth of natural resources, South Africa is keen on avoiding the mistakes of the past in terms of giving away their resources for a low price, only to be sold them back at a large mark up as a finished commodity.

“What we are doing now is also within the theme of job creation, to do a lot of these beneficiations just to make sure that some of the secondary industries that benefit from these minerals, and in that process we create jobs as well. That’s really the direction in which the country is growing.”

It was certainly clear from President Zuma’s recent State of the Nation address, that developing infrastructure and continuing to battle poverty were top priorities for national development. At any rate, there is not doubt that with the increasing checks and balancing being put in place that the flow of information will continue to improve and, in turn, greatly assist the development of South Africa.

“I think South Africa is the place to be. We have serious growth prospects in terms of economy.”