As it celebrates the golden anniversary of its independence, Tanzania celebrates how far it has come, and how much more it has to offer

Article - November 30, 2011
December 9, 2011, marks the 50th anniversary of independence for the East African nation of Tanzania. 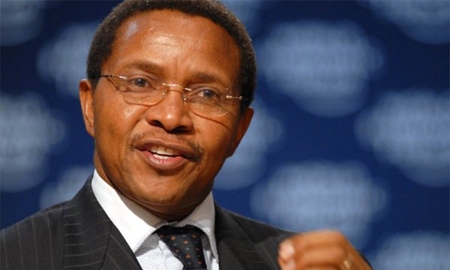 The country’s 30 regions, which now include Zanzibar, will join in celebrating independence which was gained in 1961.

Tanganyika, as the country was known at the time, was handed over to the British by the League of Nations shortly after World War I on the provision that the colonial power would hand over the administration of the country to the Tanganyikans once they demanded it. However, when the time came, the handover of power was not as seamless as originally envisaged. The British claimed that the native people were not ready to govern themselves, saying that they were “not yet literate enough for the task.”

It took the leadership of Julius Nyerere, (one of only two Tanganyikans educated to a university level in 1954), to organise a new political party, the Tanganyika National African National Union (TANU), which led the nation to freedom. Nyerere, who had affectionately been referred to as Mwalimu (Teacher), soon became known as Baba wa Taifa (Father of the Nation). Once in power, he transformed the former colony into a peaceful, broadly socialist free state. Nyerere was quick to collectivise the country’s agricultural system, which became known as Ujamaa (Familyhood). Nyerere also contributed substantially to the liberalization of Southern African countries and to African unity.

Continuing the work of Nyerere and subsequent leaders is the fourth and current President of Tanzania, Jakaya Mrisho Kikwete. He is one of a new generation of forward-thinking African political leaders, championing market economy, free trade and creating stronger ties to global economies, while working towards the ultimate aim of the unification of the African continent. Despite what may be viewed as progressive political leanings, Kikwete was quick to explain how his stance is one of evolution not revolution, when paying respects to the country’s three previous leaders and their work, during his inauguration speech in 2005: “Those who expect radical changes in policy and direction are mistaken and lost. The government of the Fourth Republic will build on what was undertaken by previous governments, and will continue with all the good things.”

He has also been deeply involved with boosting Tanzania’s image abroad, with special regard to how its politics are portrayed in Western media: “Normally, foreign media organisations do not see anything good in the African continent. Those of us who are well travelled, know better.”President Kikwete served as the Chairman of the African Union from January of 2008. While serving as Chairman, Kikwete emphasised to other leaders the importance of international relations, and was quick to recognise the role Western powers had to play in the improvement of his own state. When US Secretary of State Hilary Clinton visited Dar es Salaam in June this year, President Kikwete extended his gratitude, telling Mrs Clinton: “Tanzania has received a lot of invaluable high-level support from the US Government. It has complimented our development efforts and continues to make a difference in improving the lives of our people in the health sector. Through the US Government, thousands of Tanzanians, including women and children, who would have died of diseases such as malaria, HIV/AIDS, and TB, are alive today, thanks to your support.”

Kikwete is also a big sports fan and recognises the importance of having competitive international athletes to help gain positive attention for Tanzania. Shortly before his election he said: “It is very sad that Tanzania is a poor football country. If elected, I promise to put this country on the world football map. I will make sure we produce our own Okochas, El Hadji Dioufs and Zinedine Zidanes here.”

The Minister for Information, Culture, Youth and Sports Dr Emmanuel Nchimbi has also been active in the promotion of sports for Tanzanian children, as well as emphasising the importance of the Swahili language and customs to the younger generation. Minister Nchimbi recently launched an advanced Swahili computing dictionary at the University of Dar es Salaam, and called upon the University's Swahili department to offer degree courses in the language, which he sees as a great force for national unity.

Because of its beauty, tourism is flourishing in Tanzania. Home to Kilimanjaro, Africa’s highest mountain, and the Serengeti – an ecosystem that hosts the largest mammal migration in the world and which has been voted one of the top 10 travel wonders of the world – ensures Tanzania will always be a hugely popular choice for adventure-seeking travellers. Taking its name from a Maa word meaning “Endless Plains,” the Serengeti is still home to the semi-nomadic ethnic group known as the Masai. Their distinctive custom and dress have been a strong attraction for tourists wishing to see how the ethnic group can live and farm in such harsh conditions. The Masai’s population has expanded rapidly in the past two decades – another indication of Tanzania's ability to keep moving forward.

According to the IMF, Tanzania is predicted to be one of the world’s 10 fastest-growing economies in the next five years. Reforms implemented by President Kikwete’s administration have enabled good macroeconomic performance and stability characterised by high economic growth and low inflation. The economy has achieved annual growth of approximately 7 per cent over the past ten years, yielding improvements in various social and human development indicators. External financial assistance continues to play an important role in complementing the government’s resources to achieve its development goals. The government remains focused on growth and poverty reduction, as well as the need to reduce the fiscal deficit and tighten monetary policy in the face of rising inflation. Furthermore, a strong emphasis is put on boosting capital spending on infrastructure development, financed by a combination of raising new funds and public-private partnerships.