Article - October 25, 2011
Exchange visits with a network of allied countries are opening more foreign eyes to the nation’s potential 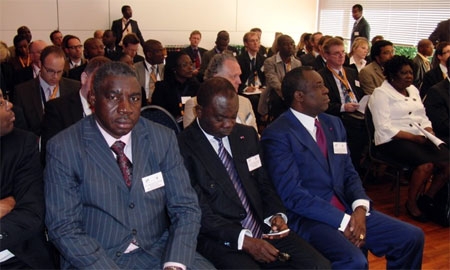 Cameroon’s international relations go from strength to strength. President Paul Biya and his administration have been particularly active in forging links overseas through packed schedules of strategic visits and hosting foreign dignitaries.

In July, the two countries signed the second debt relief package worth £295 million. The deal covers the period 2011-2016 and includes £176 million to help agriculture and rural development. The remainder will be used to improve Cameroon’s underdeveloped infrastructure, which is hampering economic growth as only around 20 per cent of roads are asphalted, making it difficult for farmers to bring their produce to market.

Cameroon also enjoys strong links with many other nations, including the UK, US, Canada, Germany and China. Many economic projects are benefitting from Chinese involvement in Cameroon, such as the hydroelectric dams at Menve’ele and Mekin, and the deepwater seaport project at Kribi.

On June 6-10, 2011, Cameroon’s Minister of Finance Essimi Menye led a delegation of three ministers and leading business representatives on a mission to  highlight the significant socio-economic and structural reforms the Government has undertaken to German investors. Mr Menye invited German investors to join local efforts to bolster Cameroon’s growth. According to the Minister, Germany’s support was key in the successful implementation of the reforms in Cameroon. For the same reason the Government is also reaching out to German small and medium-sized enterprises (SMEs) – a sector that underpins Germany’s own economy. The German Ambassador to Cameroon, Reinhardt Buchholz, encouraged his compatriots to take the initiative in investing in Cameroon, highlighting its political and economic stability and the high esteem in which Germans are held.

During the trip, the delegation met with numerous SMEs eyeing opportunities in areas such as energy, mining, agriculture, infrastructure development and banking, including fertiliser-producer Ferostaal, Deutsche Bank and Commerzbank.