In Egypt, Islamic banking represents a sizeable piece of the overall pie, with about 20% of total bank accounts held in Islamic banks, and it is forecasted to grow significantly in the coming years 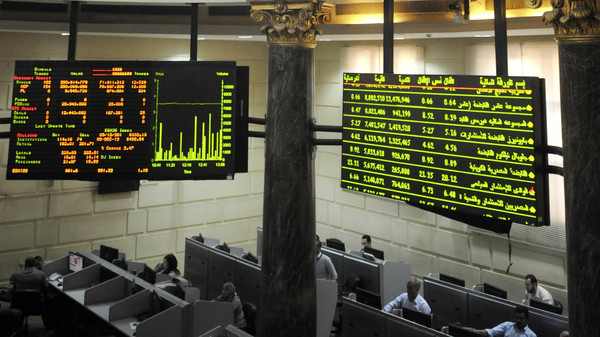 Probably one of the most striking things about Islamic finance is the absence of interest in all its forms. Based on sharia law – and banks are no exception to the rule that mankind must help one another – Islamic finance is considered as a form of ethical lending, where money is moved by relevant parties in a risk-sharing scheme. It was prevalent throughout the history of the Muslim world and helped lay the foundations for a flourishing civilization. It is only in recent years, however, that formal institutions were established to put Islamic finance into practice on a large scale.

And large scale is precisely what it has become. Currently, the industry is worth more than $1 trillion; however, if it continues to grow at its present rate of 15-20% annually, within the next few years, the $2 trillion mark will easily be reached. This growth will be further enhanced as more countries around the world tap into the potential of this age-old yet revitalized industry.

For example, last year South Africa, the U.K. and Hong Kong became the first three non-Muslim countries to issue an Islamic bond, or sukuk. In September, Goldman Sachs raised $500 million from its first Islamic bond sale, becoming the second conventional bank from outside a predominantly Muslim country to do so, following HSBC’s $500 million sukuk issue in 2011.

In Egypt, currently 2.5 million people with accounts in local banks – representing about 20% of the total – are Islamic banking clients, according to Mohamed El-Beltagy, the head of the Egyptian Islamic Finance Association (EIFA). Egyptians are no strangers to the concept, of course, as banks began operating according to sharia law back in the 1960s. In the late 1970’s, Faisal Islamic Bank of Egypt (FIB) was established as the country’s first popular Islamic bank, and became the third one to be created in the world.

FIB remains today as the country’s hallmark Islamic bank, with total assets in 2013 of close to $6 billion – a sizeable chunk of the total Islamic banking business, which amounted to $16 billion by July 2014. At the same time, Islamic deposits in Egypt totalled over $15 billion, according to Mr. El-Beltagy, accounting for 8.3% of the total market size. These are held in the 14 banks licensed by the Central Bank to offer Islamic banking products. Although FIB is the oldest and largest in terms of assets, the largest Islamic bank in terms of branches is Abu Dhabi Islamic Bank (ADIB) Egypt. “I hope to see the bank with a total market share of approximately 4%, including the public banks that control half the market,” says Nevine Loutfy, CEO of ADIB Egypt. “We have been able to put the bank on the map and all of our awards show for it. Today, we are the best Islamic bank in Africa.”

This claim is backed up in part by ADIB Egypt’s wall of shiny plaques. In the Islamic Finance News Awards for Best Banks poll 2012, ADIB Egypt in cooperation with ADIB was voted ‘Best Islamic Bank in Egypt’ for the fourth consecutive year, and ‘Best Islamic Private Bank’ for the second year. Furthermore, ADIB posted impressive results: in the first half of 2014, it reported net income of EGP117 million ($15.3 million) – 245% higher than the same period in 2013. Total assets reached EGP18.2 billion in the third quarter of 2014, compared to EGP16.4 billion at year’s end 2013.

On another high note, Ms. Loutfy adds that ADIB took first place in the 2013 Business News Index for the fastest-growing banks.

She adds that more and more people are opening up to the idea of sharia-compliant banking, especially in light of the global financial meltdown. “Islamic finance, in some cases, is preferred over conventional finance in the West because its very structure protects investors. The Sukuk market is growing fast and much of the growth comes from Western economies,” highlights Ms. Loutfy.

Mohamed Ashmawy, Chairman of state-owned United Bank, said in a May 2014 interview with Zawya that “Islamic financing is witnessing big growth in Egypt and is expected to record average growth of 50% in 2014, especially with increased demand, both inside and outside Egypt, for sharia-compliant products. This figure is not overly optimistic...there is greater demand from Saudi and other Gulf companies for Islamic finance instruments such as murabaha, musharaka, istisna’ and others.”

At home in Egypt, one-fifth of small and medium sized businesses prefer sharia-compliant products, according to the latest IMF report. This represents an enormous market for Egypt’s Islamic banks to focus on. Of course, for now, big projects are where the big money lies.

One of the largest projects signed last year in Egypt was for a new sugar production plant, with total investments worth EGP2.5 billion that are being financed by 13 different banks, including ADIB.

“This is a prime example of fruitful cooperation between Egyptian banks and Arab and Islamic international institutions and will drive growth of Islamic financing in the coming period,” said Mr. Ashmawy. “It boosts demand for Islamic funding, especially as there is liquidity in banks that should be employed.”