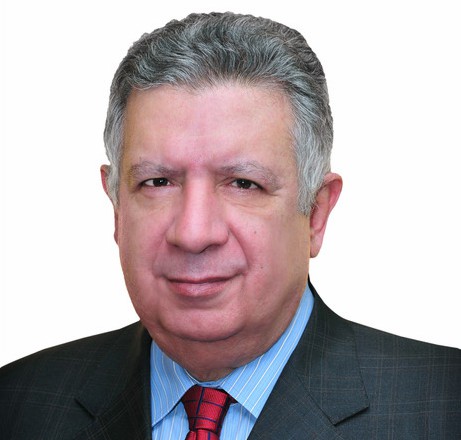 When rating agency Moody’s announced recently that it had upgraded its outlook for Egypt’s banking system to positive from stable, few were surprised. Bank profitability has surged over recent months, and total deposits are on a steady upward trajectory, reaching EGP 3.82 trillion ($220 billion) by the end of December 2018.

This strong performance from the banking sector is providing the foundations the country needs in order to cement its progress and reach its development aims. A key objective for the government is the activation of the private sector.

“This is an economy that is now standing on its two feet after a few years of heavy, extremely daring economic reforms,” Ferid Belhaj, World Bank vice-president for the Middle East and North Africa said recently. “The economy’s standing, now it needs to walk, and we believe that the private sector is really the driver.”

In order to achieve this, the Central Bank has set an ambitious target for the banks to boost SME lending to 20 percent of their total loan portfolios by the end of 2020. But doing so involves rethinking the way banking is carried out in what has been up until recently a very traditional sector.

The Egyptian Arab Land Bank, established in 1880, has embraced innovation as it seeks to meet – or even exceed – the Central Bank’s goal. “For me, banks as institutions are like big elephants. They move very slowly,” says Amr Fouad Kamal, the bank’s chairman. “Penetration is very low for banking SMEs because Egypt is a very wide country. This is a hard job for the banks.” To overcome this challenge, the bank is looking at new ways of reaching underserved clients. “NGOs are much more flexible in penetration and we have decided that we are going to lend money to them,” says Mr. Kamal. By leveraging the network of NGOs in the country, the Egyptian Arab Land Bank can extend its reach far beyond its branches. “I can see a lot that can be done by banks. We are taking those steps and the national banks are also taking steps: it is coming,” adds Mr. Kamal.

Of course, in order for banks to be able to increase financial inclusion in the country, they require a conducive environment and favorable regulatory environment, and Central Bank governor Tarek Amer has been at pains to provide one. By putting into place rules which allowed banks to reduce the level of mandatory reserves held with the Central Bank by the amount lent to SMEs, SME lending is now very profitable for lenders, providing a real incentive.

With an unbanked population standing at 84 percent of the total, the opportunities for banks to make a difference to the country are enormous. Putting new financial tools such as savings, insurance and credit facilities into the hands of its 50-million-strong under-25 population will enable Egypt to fully capitalize on the demographic dividend it has available to it as a result of its youthful populace. New initiatives, from microfinance to online banking, are helping to bring the banking sector closer to young Egyptians.

Following the appointment of a new board of directors in September 2017, the Egyptian Arab Land Bank is now positioning itself as a fully-fledged services bank catering to retail, corporate, investment and its traditional area of expertise of real estate financing. Mr. Kamal adds that the Egyptian Arab Land Bank is currently investing heavily in automation and technological upgrades.

“We need to build up a very effective technology platform. This is something that has been considered by the Central Bank and the government, who are sponsoring this move to fintech,” says Mr. Kamal.

The banking sector has surged in popularity, and is now emerging as a viable investment opportunity for foreign entities. With the Central Bank of Egypt saying in March that it has received a flurry of requests from major international banks for new licenses to operate in the local market, the banking sector will soon see further opportunities for transfers of expertise and sophisticated banking technology, as it continues to support the growth and development of the Egypt of the future.