Article - October 24, 2013
Only 20 per cent of the labour force works in the private sector, yet its impact is huge 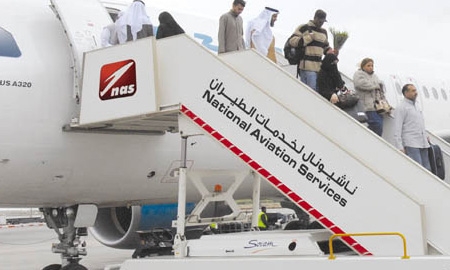 Before the second half of the 20th century, Kuwaitis thrived as traders and seamen, seeking opportunity near and far. The 1950s saw more businessmen and even families begin to formally establish companies that played an ever-growing role in the economy. However, the exponential growth of the lucrative oil industry in state hands after the 1980s was one of the biggest deterrents to greater private sector growth in recent decades.
Despite recent feeble governmental efforts to encourage entrepreneurship and SMEs, the fast-moving private sector is mainly dominated by several highly successful and diversified companies, who are largely responsible for providing Kuwaiti youth with the more exciting and challenging employment opportunities.Given Kuwait’s small size, many of these firms have also made their mark outside Kuwait.

Large companies like Kuwait Project Company (KIPCO, one of the largest holdings in the entire region), National Aviation Services (NAS, owned by Kuwait’s Agility, which in turn is the Middle East’s largest logistics provider), Salhia Real Estate (the name behind Birmingham’s Beorma Quarter project), Kout Food Group (who recently acquired the Little Chef chain), the highly diversified Kharafi Group (with an annual turnover upwards of $5 billion), Al Shaya Group (synonymous with trading and commerce in the region), and the National Bank of Kuwait (the region’s first shareholding company and national bank) all started out in the tiny Gulf state and cast their nets wide, becoming regional leaders in their respective sectors and industries.
Many of Kuwait’s biggest companies started off as small family enterprises, and this is evident in their integrity and respect for traditional values. Yet the Kuwaiti blood seems to run thick with innovation and vision, and Kuwaitis are not afraid to take risks. The result is a dynamic private sector that represents “the perfect blend of local flavour and international standards,” as Hassan El-Houry, CEO of NAS, puts it.