A wealth of natural resources on tap

Article - September 13, 2011
There are numerous factors behind Kazakhstan’s remarkable transformation over the past 20 years since independence, and the country’s natural resource wealth is undoubtedly one of them. Although the government aims to diversify away from extractive industries, companies in this field – such as ArcelorMittal – will remain key economic drivers for years to come 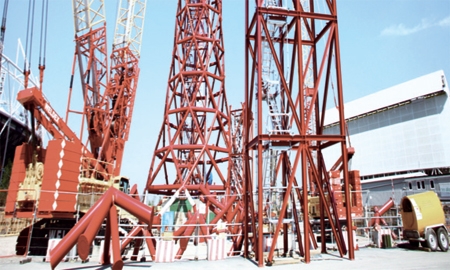 With proven oil reserves of around 40 billion barrels and gas supplies that could last as long as 75 years into the future, Kazakhstan has the potential to become one of the top five oil and gas producers in the world in the coming decades.

President Nazarbayev recently stated that his country strives to develop a “transparent and predictable” energy policy in the next 15 years, as his country becomes a “reliable international partner that contributes to global energy security.” The foundation of this strategy is the proposed Trans-Caspian pipeline to carry Kazakhstani energy directly to European markets. Another projected infrastructure development, coined the New Silk Road, could connect the Far East with Europe traversing Kazakhstan.

A great deal of materials will be required for these projects, though this is another one of Kazakhstan’s strengths. Possessing nearly every element of the periodic table, Kazakhstan’s mining and metals industry is the second most important resource-based sector.

Globally, the country ranks fourth for copper, zinc and manganese reserves and produces 8% of the world’s iron. Kazakhstan has the world’s seventh largest reserves of cobalt, tenth largest reserves of bauxite, 20% of the planet’s uranium and one-third of its chromium. Indeed, so robust is the mining industry (its total value is in the ballpark of $23 billion) that it weathered the global economic recession relatively well, and prospects are good for the next few years.

One company that President Nazarbayev has cited as being particularly successful in helping diversify the economy and collaborating with the government is ArcelorMittal.

ArcelorMittal, the world’s leading steel company, has been present in Kazakhstan for 50 years. Originally having entered to invest in coalmines, the company’s directors were then invited to meet with the country’s President to provide their expertise on how to turn around the state-owned steel plant. Ultimately, ArcelorMittal acquired the plant and soon after, several coalmines and power plants. Since then, the company has not stopped growing.

“I would say that ArcelorMittal Kazakhstan is now one of the most competent steel plants in the world in terms of costs. As far as quality is concerned, we met the demands of the electricity markets, and in particular, the construction industry, which is the primary customer segment we serve,” comments Frank Pannier, CEO and director general of ArcelorMittal Kazakhstan.

Today, ArcelorMittal’s production capacity stands at 4 million tons, yet a $1 billion investment plan for the next five years aims to add a further 2 million tons.

Mr. Pannier points out that one of the company’s goals is to reduce its dependency on exports outside the Commonwealth of Independent States (CIS) region. “When I arrived here 15 years ago, the Kazakh economy was almost non-existent, but today our sales office is responsible for one-third of the volume which we are selling throughout the CIS, which is a very strong indicator that growth of the economy is definitely occurring,” he says.

He adds that upcoming regional and international projects, such as the New Silk Road, will present positive opportunities for ArcelorMittal, as the new railroad will require steel.

Apart from serving the country as a major source of employment (more than 45,000 people work for the company in Kazakhstan), ArcelorMittal is also a keen supporter of corporate social responsibility (CSR) projects and environmental protection. The company spends approximately $50 million per year exclusively on CSR initiatives. “Here it is understood that the government cannot meet all the needs of society, so businesses move in to bridge the gap in order to contribute and to develop a social environment that is positive for the people and for the development needs of the business,” explains Mr. Pannier.

As for caring for Kazakhstan’s land and water, ArcelorMittal has actively cut emissions by 40% over the past decade and a half. The company has also commissioned environmental due diligence by U.S. company Environ, which is now the basis for the steel company’s Environmental Action Plan for the next three to five years.