The National ICT Plan 2015 has led to remarkable gains for the country’s ICT sector, highlighted by huge investment from industry giants Vodafone 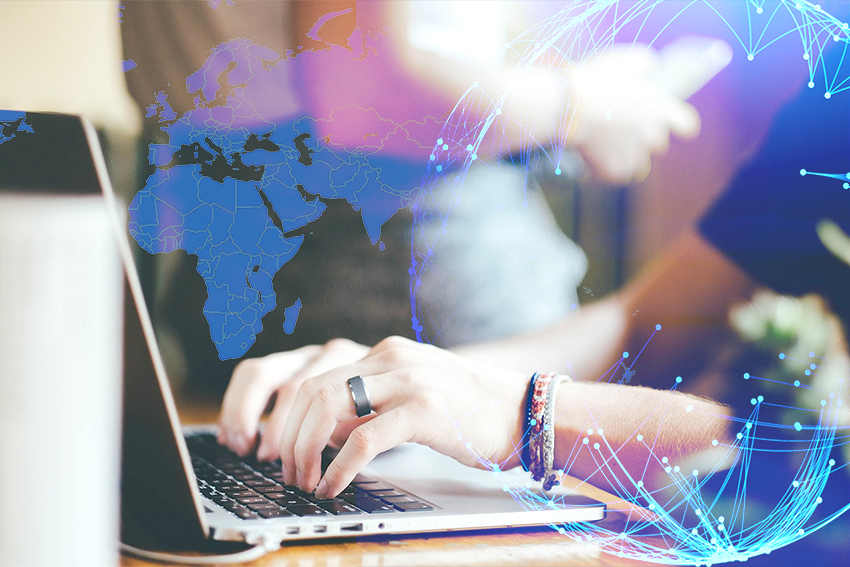 According to the official view of the World Economic Forum (WEF), Qatar is leading the Arab world in efforts to bridge the digital divide, and is firmly placed in the rising star category for countries making the most of technology.

Indeed, Qatar earned the highest ranking in the Arab world for the Networked Readiness Index in the WEF’s Global Information Technology Report 2015, ranking 27th out of 143 developed and developing nations. Qatar is also placed among the top 10 countries in the world in terms of Internet users, households having access to a computer, and Internet connections.

Making this possible is a strong government strategy. It scores a staggering third worldwide out of 148 countries for government vision of ICT, having identified the sector as a key industry to diversify the local economy and boost productivity. Behind this vision is the Ministry of Information and Communications Technology, or ictQATAR, which was set up in 2013 in recognition of the significant role of ICT in building a modern state with a robust knowledge-based economy.

The country’s first-ever Minister of ICT, explains how this astonishing technological progress all came together: “A decade ago, Qatar’s leaders realised that the future belonged to those countries that could harness the power of ICT for social and economic good,” says Dr Hessa Al Jaber, who is only the third Qatari woman to assume a ministerial position in the state. “They envisioned Qatar as an advanced society capable of sustaining its own development and providing a high standard of living for future generations. Toward that end, in 2004, the Supreme Council of Information and Communications Technology was formed as the nation’s ICT policy and regulatory body and as its ICT champion. In 2013, the Council was elevated to a cabinet-level Ministry in recognition of the critical importance of ICT to the nation’s future.”

Today, under the government’s current National ICT Plan 2015, ictQATAR is responsible for a wide-ranging mandate that includes: overseeing and developing the information and communications technology sector to make it more vibrant, advanced, and secure to support a diversified economy; introducing ICT plans, policies, programs, projects and initiatives to foster a competitive environment that is conducive to investments; developing and enhancing  infrastructure; and  driving innovation as a change agent for human, social, economic and environmental progress.

“Our strategy has focused on several core priorities,” further explains Dr Al Jaber.  “[One of which is] strengthening the ICT sector and increasing its contribution to Qatar’s GDP.”

Unsurprisingly, the country’s ICT sector is already seeing the benefits.  According to a report from market research company Research and Markets, the industry is on track for annual growth of 10 per cent to reach $6.8 billion by 2016.

“We are making great progress,” says Dr Al Jaber, whose appointment as ICT minister saw her named as one of the 500 most powerful Arabs in the world by Arabian Business magazine recently.  “Our 2015 National ICT Plan called for doubling the ICT workforce to 40,000; achieving ubiquitous high-speed broadband access for households and individuals; achieving mass ICT and Internet adoption by all segments of society; and achieving wide accessibility and effectiveness of all key government services. By the end of 2015, we will have achieved all of these and more except for doubling the ICT workforce.”

“A decade ago, Qatar’s leaders realised that the future belonged to those countries that could harness the power of ICT for social and economic good. They envisioned Qatar as an advanced society capable of sustaining its own development and providing a high standard of living for future generations.”

Owing to the increasing private investment that the sector is experiencing as a result of the government’s forward thinking strategy, such targets will surely continue to be exceeded.  Vodafone, for instance, announced in November 2015 that it is set to invest $179 million as part of the operator’s ongoing drive to modernise its network. Since January 2015, Vodafone has been upgrading its network sites, installing 200 new outdoor and indoor sites, offering 300 per cent more data capacity, 300 per cent more 4G coverage, and 30 per cent more 3G coverage. The company has given special attention to increasing capacity in the most populated areas in Qatar, with Wakra and Shahaniya the most recent areas to benefit from the modernisation.

CEO of Vodafone Qatar, Kyle Whitehill, affirms: “We are committed to offering people in Qatar the best from one of the largest telecommunication companies in the world, Vodafone Group Plc. We are committed to continually investing in Qatar’s ICT sector, which will play a key role in realising this great nation’s ambition.”

According to Mr Whitehall, Vodafone has already played a “key role in changing the telecom landscape in Qatar and in bringing much needed competition.” He continues: “[We came to] Qatar to bring not only competition but also innovation.”  The CEO alludes to the fact that the Vodafone’s decision to localise to the extent that no other international firm has done – creating Vodafone Qatar – as well as become the first and only international firm to list on the Qatar Stock Exchange, clearly demonstrates its commitment to the country and the huge potential of its ICT sector.

This is a decision that is certainly now playing dividends. “Factually, 12 months ago our stock price was nine Qatari Riyals per share, valuing it at less than $2 billion, and today it is 19 Riyals, and the value is at $4.5 billion,” explains Mr Whitehall. “A recent Gulf Business report on the top 100 GCC companies features Vodafone Qatar as third overall in GCC in terms of year-to-date (YTD) performance, and 58th in market capital. That is an extraordinary change in the valuation of the company.”

Having seen the success that Vodafone Qatar – a joint venture between the British company and local shareholders – has achieved in such a short space of time in Qatar, other British investors too will surely be casting an interested eye at other prospects presented by the country’s rapidly growing ICT market, particularly small- and medium-sized enterprises.

“There are new opportunities for UK businesses to expand into the Middle East North Africa (MENA) region in general, and in Qatar specifically,” assures Dr Al Jaber.  “The Ministry has recently announced the establishment of a Digital Cluster to be housed in Abu Fintas in Doha, with the express purpose of attracting local and foreign small and medium-sized enterprises. These enterprises will develop integrated solutions by harnessing the power of big data analytics, Internet of Things and other new technologies that will offer rapid and crucial solutions to sectors such as health, education, transportation, renewable energy and banking.  So there is a great deal of opportunity for foreign investment – and we are in discussions now about allowing 100 per cent foreign ownership of these businesses.”