Article - March 8, 2013
The most forward looking state in the region, Kuwait is stepping up its efforts to diversify its economy, with a strong emphasis on education 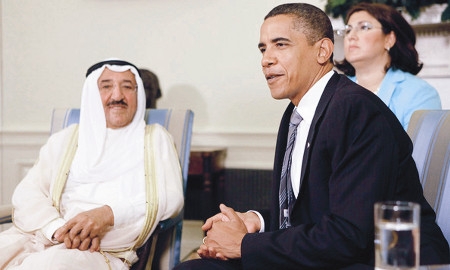 KUWAIT HAS A VIBRANT ECONOMY THAT IS DIVERSIFYING AWAY FROM OIL DEPENDENCE, AND HAS A WESTERN-FRIENDLY CULTURE
SHARE

“Kuwait”, they immediately think of vast petroleum reserves, wealthy sheikhs and the country for which the United States and its allies went to war in 1990 to reverse the invasion by Iraqi troops.
All true, but the Western-oriented emirate at the top of the Arabian Gulf is so much more and the country is undergoing a deep self-assessment regarding its political structure, economy, development plans, wealth management, educational and health systems, and other concerns as it works to ensure its future in the 21st century and beyond.
“Kuwait is a country with about 1 million citizens, 2 million expatriates and less than 9,000 square miles floating on 10% of the world’s proven oil reserves,” notes Faisal Ali Al-Mutawa, a leading businessman and founder of Bayan Investment.
“It is one of the world’s richest countries with a third of a trillion dollars in assets, producing about 3 million barrels of oil a day which translates into a daily income of $300 million,” he adds.
These incredible riches pumped from beneath the desert sands and shipped out to a progressively energy-hungry world will certainly help with the country’s tasks at hand even as that wealth turns out to be a mixed blessing, and the challenges are many.
Kuwaiti citizens are demanding more say in the country’s affairs and there is a stalemate between the ruling royal family and parliament which are at loggerheads on many issues, including how to better manage the country’s immense wealth.
“Parliament thinks that we have a lot of oil wealth and that the best thing to do is give it to the people. But the government says that you cannot do that because it will fuel inflation,” says Dr. Adel A. Al-Wugayan, Secretary General of the Supreme Council for Planning and Development.
At the same time, political and business leaders recognize that Kuwait’s almost total reliance on oil and gas revenue is unsustainable, diversifying the economy away from petroleum products is vital, and that the nation’s burgeoning number of young people need to feel they have a stake in their own futures.
Many are optimistic that the country can manage the necessary changes, with their belief based partly on Kuwait’s past history as the most forward looking of the Gulf countries.
“Kuwait is one of the first countries of the Gulf. We are pioneers in many different aspects, in economics, education and trade,” argues Muhammad M. Saleh, the General Manager of the Kuwait Industries Union.
“We had schools long before other Gulf countries. We have a lot of experience in doing business. We have heritage and history and experience,” he says.  “But due to this we are living because of the past and now there is a struggle to re-launch ourselves to the next generation.”
This concern for the future of its people is evident in the Kuwaiti government’s attention to, and investment in, two important areas: education and health care.
Western-style schools and universities which equip students with the tools they need to succeed in an increasingly globalized world attract Kuwaiti students as well as the children of expatriates.
And these educational institutions – from pre-schools to universities, many of which are modeled on American systems and curricula – coexist successfully with the emirate’s Islamic, and sometimes deeply conservative, society.
Once their local education is complete, many students go on to further their studies in the United States. “Kuwaitis are open minded,” explains Mr. Saleh. “They like to study abroad as I did in Louisiana. We do appreciate the American way and culture.”
American expertise and experience is also playing an increasingly active role in Kuwait’s health care system with U.S. hospitals and health management companies setting up operations.
Of particular concern to authorities is the dramatic rise in diseases related to Western lifestyles which more and more Kuwaitis are embracing, and the inability of the country’s current health system to deal with this frightening development.
“We spend $3.5 billion every year on health, yet health care is very poor,” says Bayan Investment’s Mr. Al-Mutawa.
Yet another challenge for Kuwait. But with its billions in petrodollars to ease the way, a new attempt at cooperation between the executive and parliament, a larger role for the private sector and other measures, Kuwait should continue to be an Arab success story.