Article - December 12, 2012
The Delta State government aims to turn around the state's economic fortunes by initiating policies that will diversify and expand its revenue base, as well as launch programmes to create employment and protect the environment 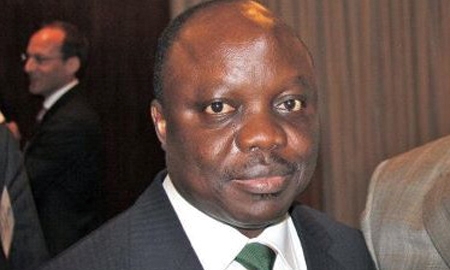 Blessed with extensive petroleum reserves and its location on the Atlantic coast that facilitates the oil and gas exports, Delta State in southern Nigeria has all the potential to be an economic powerhouse not only for the country but for all of West Africa.

Earnings from natural resources aside, Delta State has also been fortunate in political leadership which has brought to a sometimes volatile region the stability necessary for fostering long-lasting prosperity and general well-being for all.

“The immediate direction of our government shall be to make our state accessible to all for investment, business, agriculture, commerce and improving on the welfare of the people through the creation of jobs and safe neighbourhoods,” Dr Uduaghan has said.

Concerning the first point, efforts at stemming tribalism, ending ethnic unrest and reducing local complaints aimed at foreign oil companies operating in the State have been largely successful due to new policies and strengthening the police.

In human capital development, the Uduaghan administration has unveiled a number of programmes aimed at providing micro-financing for budding entrepreneurs, training young people destined for careers in agriculture and providing funds for secondary school fees and scholarships.

“This programme is to ensure that our youths do not use the excuse of financial difficulty to prevent them from going to school and attaining their God-given potential,” he has explained.

And as a trained physician who worked in the public health service before entering politics, the governor has been instrumental in upgrading that sector by implementing free maternal and childhood health care services and surgical treatment without charge for the residents of dozens of rural towns and villages.

But perhaps the Governor’s most effective effort in this sector has been in providing power plants throughout the state, using the region’s abundant natural gas supplies to produce electricity which Dr Uduaghan has stressed is the lifeline for industrialisation and common citizens as well.