Kuwait, The Rising Pearl of the Gulf

Article - September 28, 2011
2011 marks an emblematic year for this democratic state, which has set in motion essential plans for growth and development. 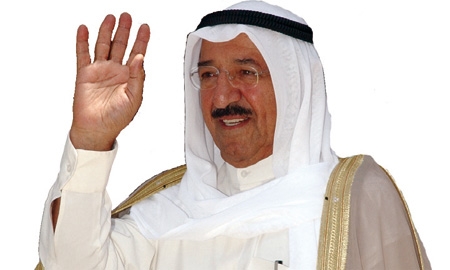 In the 19th century, Kuwait was a thriving commercial hub, linking trade routes between east and west. Kuwaitis were renowned merchants and pearl divers, and as such the small country became prominently known as the “Pearl of the Gulf.”

Kuwait willingly went under British protection in 1899 to ward off threats from the encroaching Ottoman Empire, and following the discovery of oil in 1938—which consequently spurred economic growth—it voluntarily terminated its protectorate agreement in 1961.

The two decades that followed saw great progress, as the tiny emirate (which is smaller than New Jersey in landmass) led the entire Gulf region in socio-economic growth and development. Soon after independence the government established a constitution, creating what is considered today the most democratic and powerful parliament of any of the Gulf countries. Women were given the right to vote in 2005, and 2009 saw the first women elected to Parliament.

“Kuwait has a rich heritage of open exchange and dialogue. It has a strong foundation with a good Constitution and a freely-elected Parliament,” observes Deborah Jones, U.S. Ambassador to Kuwait.

As you read this, Kuwaitis are celebrating three milestone anniversaries. 2011 marks 50 years of independence from the U.K., 20 years since the country’s liberation from Iraq, and five years since H.H. the Emir ascended to the throne. By coincidence, this year is also the 30th anniversary of the Gulf Cooperation Council (GCC), which was first envisioned and greatly pushed forward by the late Emir of Kuwait, Sheikh Jaber Al-Ahmad Al-Sabah.

“The significance of celebrating Kuwait’s national occasions is that they represent the decades-long journey of struggle by the people of Kuwait to build their modern state, by which they maintained its independence and sovereignty through difficult circumstances and various international challenges,” says Prime Minister H.H. Sheikh Nasser Al-Mohammed Al-Sabah.

The Iraqi invasion of the early 1990s turned Kuwait’s post-independence flight into plight, and the country is still struggling to catch up to the rate of development enjoyed by its neighbors. Nevertheless, Kuwait remains one of the wealthiest nations on the planet, predominantly thanks to its vast oil reserves, and the government’s commitment to ensure its wealth is redistributed amongst its citizens. This, coupled with a strong democratic tradition, is certainly one failsafe preventing the political instability currently sweeping across North Africa and the Middle Eastern region from affecting Kuwait. It must be noted, however, that in tandem with the uprisings, opposition members in Kuwait’s Parliament placed pressure on the cabinet with several difficult requests which led to the resignation of Government in March. However, order has been restored under the same Prime Minister, with six new changes to the cabinet.

Despite its vast oil wealth, Kuwait has of late lagged behind its neighbors in terms of economic development, and its infrastructure is in need of attention. In 2010, Parliament unanimously approved a five-year, $104 billion Development Plan (KDP), intended as a potential platform to jumpstart and diversify the economy away from hydrocarbons. The plan also aims to achieve H.H. the Emir Sheikh Sabah Al-Ahmad Al-Sabah’s long-term vision: to reposition Kuwait as a commercial and financial hub for the region.

Yousef Al-Ebraheem, Economic Advisor to the Emir, lists the country’s main advantages that will work toward achieving this vision: its location at the north of the Gulf; the wealth of experience and trust in its legal system and financial institutions that the private and public sectors have accumulated over the past 50 years; and lastly, a well-educated population.

“The vision is very clear and the Development Plan is a first step towards achieving it. I do not believe that we will achieve this vision in four years, and I do not think it will be an easy task either,” says Al-Ebraheem. “This is our optimum objective.”

He adds that the Emir’s vision is not about competing with other GCC countries, but rather working with them. “I think we complement each other and we are aiming to integrate our economies in the future,” explains Al-Ebraheem.