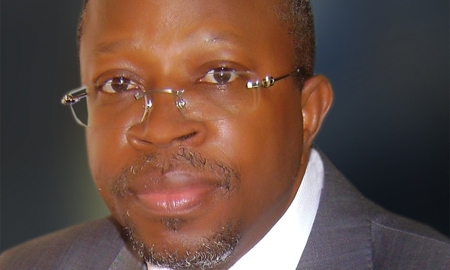 Last year was a turning point for the Due Process Office, formally known as the Bureau of Public Procurement (BPP) of the Federal Republic of Nigeria. Fast on the heels of saving the Nigerian government 16 billion Naira (£64 million), the BPP certified 89 per cent of Due Process business certificate requests in the first quarter alone.

The government has signed an £8 billion trade agreement with UK Prime Minister David Cameron, garnering substantial interest also from German and Chinese governments. A series of workshops were held aimed at enlightening contractors, politicians, civil society, stakeholders and the public on the provisions of the Public Procurement Act.

The country looks to double energy production by 2015 and the construction industry by the end of this year. The national image is transforming to one of transparency and open competition.

Working with the Procurement Act and process reform, Director General Emeka M Ezeh and the BPP are determined “to take Nigeria to a level where best practices in public procurement are implemented in the overall interest of national development.”

With accountability their biggest focus, the challenges to come are those faced by any democracy: challenges of human interest.

Mr  Ezeh started his professional career in 1983 as a Youth Corper. An inspection and restoration expert, he set up Integral Engineers then became a Budget Monitoring Sector Specialist. He is immediate past president of the Nigerian Society of Engineers and a board member of Academy for Entrepreneurial Studies.

He says, “My mission is to have Nigeria grow to a level where procurement has been professionalised and we have built a strong team of officers; a group of people willing to stand up against those who ask them to break the law, for them to have the courage.”

Procurement process reform was initiated in 2001 after Nigeria’s 1999 restoration of democracy. With the assistance of the World Bank and the International Monetary Fund, the Procurement Act addresses the shortcomings of the old system.

Before reform, contracts were given based on business connections. There were issues with inflated contractual costs and a lack of accountability. Many projects undertaken were contractor-driven with government ties. For every naira spent, an estimated 60 per cent was lost to corruption. Political and business elites benefited at the cost of ordinary citizens. The programmes that followed were geared towards awareness.

The BPP worked with the World Bank to review the entire procurement system and standardise the regulatory framework. The Bureau itself was established in 2001. The Procurement Act, made law in 2007, is the basis for third party rules and processes when doing business with the government. By law contractors now follow (in order) pre-procurement planning, national plan integration, needs assessment, public domain criteria, civil and professional society involvement, evaluation of tenders, review of processes, and contract proceedings. Foreign and local investors are subject to the same process. Any breach of policy leads to sanctions and can go as far as criminal prosecution.

The BPP’s biggest project is ensuring this climate of transparency – the obeying of rules and reform law. They are working with the International Red Cross, the Bureau of Public Enterprise, and the Ministries of Power, Water, Supply and Roads, on a framework that will inspire confidence of investors in the bidding process: a framework of due diligence conducted in the management of resources.

Through such national and international community efforts the BPP have vastly improved Nigeria’s public image. They send reports, certificates, and publications to the media, to national agencies and to embassies. Their publications are in every embassy of Nigeria. They invite civil society organisations (sponsored whistle-blowers) to observe processes and they make it public with ministries, agencies, and the media. They let people know, Nigeria is working.

“There is nowhere in the world where you can make as much profit as you can here,” says Mr  Ezeh. Procurement reform is one of the key institutions put in place to make that happen.

More people are winning business contracts without having government connections, leading to a decrease in the cost of projects. Confidence is restored in a transparent process, in public advertisement and following the rules. “It is creating a competitive environment where people will know that if they do well and they are competitive in terms of quality and cost, they have the chance to get a job without having to bribe anyone or know anyone,” says Mr Ezeh. “The ordinary people who did not benefit from the old order are the winners.”

So too are the businesses who can rely on a system of checks and balances, and the government in the development of an ethos.