Kuwaiti business with pride: a legacy of values at Bukhamseen Holding

Article - October 24, 2013
A deep-rooted dedication to family values and Kuwaiti traditions, patriotic initiative and a determination to overcome external setbacks form the bedrock of one of the region's most successful business groups 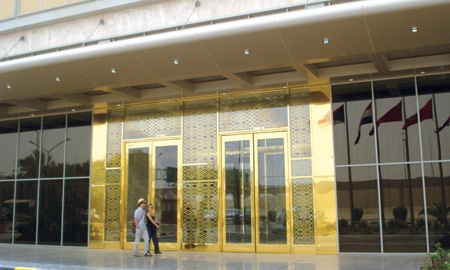 BUKHAMSEEN IS KUWAIT’S THIRD LARGEST GROUP AND HAS A $14.2 BILLION PORTFOLIO
SHARE

Bukhamseen Holding was founded in 1957 by Jawad Ahmed Bukhamseen, who, along with his family, has followed his vision and turned a small family outfit into a major multifaceted conglomerate. It was initially involved in trade, real estate and construction, however over the past five decades its activities have diversified to now include banking, finance, insurance, engineering, industry, hospitality, travel, media, services and education.
Bukhamseen’s portfolio is currently worth $14.2 billion (£9 billion) and it is the third largest group in Kuwait. Its geographic boundaries have also expanded to now have operations in countries such as the UAE, Egypt, Syria and Lebanon, amongst others.
The founder and chairman’s legacy of a resilient business ethos based on commitment, perseverance and family values is proudly carried on by his four sons and daughter. “My father started the business when he was young. He took it by expertise and not by education; most of the generations were like this,” says Emad Bukhamseen, CEO of Bukhamseen Holding, who began working in the family business at the age of 17 while balancing work with his studies. “I studied in the morning and then worked six to seven hours a day.”
Bankruptcy threatened the company when a major financial crisis hit Kuwait in 1982. “This made most of the big families completely bankrupt,” says the CEO. “At that time we had almost 450 million (£1bn) KD and only 60 million KD of debts.”

However in 1986 the group found itself more in debt. “I took over with my father and moved very quickly with everyone we had. It was so difficult, because everything had collapsed.” The company resisted calls for family businesses to convert into shareholdings and list on stock exchanges, determined to keep it in the family. The Government bought debts from all local banks to resell through interest-free loans and Bukhamseen began making settlements.”
Iraq’s invasion of Kuwait in 1990 again stunted the company’s growth, but the Bukhamseen family were determined to help their country survive. “My father stayed until the end of the invasion. He was one of the five leaders running Kuwait,” says Mr Bukhamseen, who was just 19 years old at the time. “I took out a loan in Dubai and I brought things that Kuwaitis needed in the market on the first day of liberation, like tyres, generators, lights. We brought task forces from Dubai, Bahrain, Qatar and the Emirates, and started repairing our entire infrastructure and buildings.”
As such, the Bukhamseen family have made their name an integral part of Kuwait’s growth, its recovery from invasion and its ongoing development as a well-respected heavyweight in the Middle East.