With Guayaquil on course to becoming “the smartest city in Latin America” thanks to companies like Telconet, ESPOL polytechnic is churning out the graduates that will help to turn El Litoral’s economy into one driven by knowledge and innovation 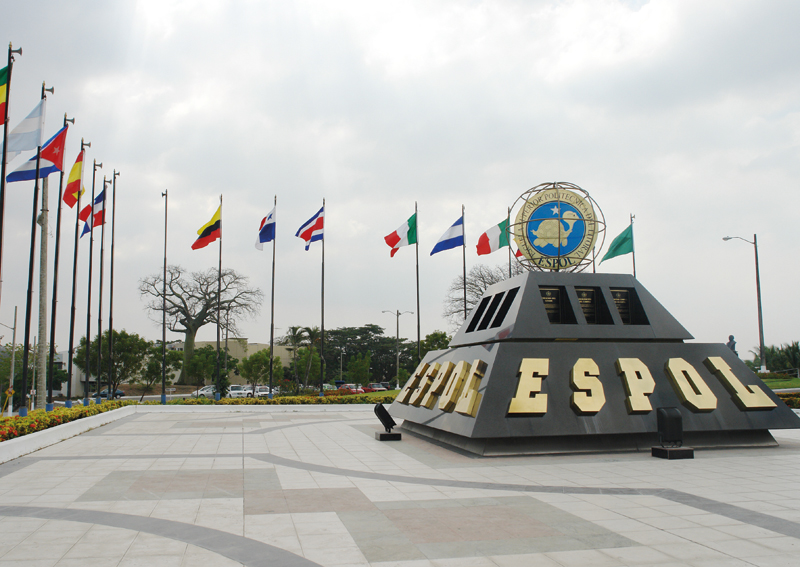 ESPOL POLYTECHNIC HAS BECOME ONE OF LATIN AMERICA’S TOP COLLEGES, WHERE TEACHING AND RESEARCH ARE UNIQUELY CONJOINED
SHARE

Known to Ecuadorans as “El Litoral”, the coastal plain extending from the Pacific to the Andean foothills has long been known for its dynamic economy. Where you have a coast you also have ports, and not just goods entering the country, but also concepts and tendencies. Guayaquil, Ecuador’s largest city (and port) is ideally situated to catch the sea-borne breezes conveying new ideas to deal with old challenges. The mindset that has most dramatically taken hold in the lowland provinces of El Litoral calls for the creation of a knowledge-based economy driven by technological innovation.

“Guayaquil is on course to being the smartest city in Latin America,” predicts Mr. Tomislav Topic, CEO of the Telconet group of companies. They specialize in Internet infrastructure and related services such as next generation networks and data security, but it is also a matter of  personal conviction for Mr.. Topic that El Litoral’s future depends on transitioning from an economy based on manufacturing, commerce and the extraction of primary materials, to one that offers a full range of highly integrated digital services.

With the full support and cooperation of Guayaquil’s mayor, Jaime Nebot, considerable progress has already been made on the road to the digital city. “We are installing some 6000 ultra-high speed WiFi stations, any one of which can move data at 600MB per second.” notes  Mr.. Topic, who hastens to add that “this high bandwidth service will be available at no charge to all users.”

Of course, a high performance network is not just for the sake of improving cell phone coverage. The 700 plus video monitoring cameras currently deployed in the city will soon total over 3,000, allowing computers to optimize traffic flows and communicate information to drivers via a special cell phone app. Policemen can instantly report incidents, upload photos taken at the scene, dispatch ambulances, and even file the final paperwork without having to return to headquarters. By the same token, law enforcement officers will be able to track moving cars and, on obtaining a court order, employ facial recognition software to identify persons of interest.

Telconet was a regional pioneer in the introduction of fiber optical networks and the first Latin American data center to obtain TIER 4 certification. They have also developed a new type of underwater cable in which eight fiber optic strands rather than the usual pair of two-strand bundles connect the internet hub in the Ecuadoran city of San Pablo de Manta with Jacksonville, Florida – 80% of Ecuador’s internet traffic is with the United States. It thus has plenty of redundant capacity to handle data heading from or to Aruba, Curaçao, Panama and Colombia, while the bundle that serves Ecuador is 100% country-dedicated.

“Our goal is to get Ecuador connected and maintain that capability at first-world levels. That’s our strategic vision – to be another Korea, or Norway,” says Mr. Topic, adding, “I think we’re having some success with it.”

“Guayaquil is on course to being the smartest city in Latin America. Our goal is to get Ecuador connected and maintain that capability at first-world levels. That’s our strategic vision – to be another Korea, or Norway”

Center of knowledge
If you already know about advanced holistic digital technologies, greenhouse gas emissions, risk management for fish farmers, renewable energies, environmental management, robotics, nanotechnology and systems engineering, then you’ve probably already heard of ESPOL. And if not, you’d be surprised to learn that the Escuela Superior Politécnica del Litoral is one of Latin America’s top colleges, where teaching and research are uniquely conjoined rather than competing for funding and prestige.

Sprawling across a campus occupying 778 hectares northwest of Guayaquil, for most of its more than 50-year history ESPOL functioned as a traditional polytechnic, churning out engineers and technical specialists to manage imported 20th-century technologies. In the 1980s, it sprouted a semi-autonomous graduate school of business administration known as ESPAE. It used to be said that ESPOL turns out engineers and ESPAE sees to the entrepreneurs, but such over-simplified categories no longer apply, says ESPOL’s forward-looking rector, Sergio Flores, who was a former professor of Telconet’s Mr. Topic.

“The education our students receive is meant to add value to the final product, which in this case means their professional careers on the one hand, and the innovations we hope they will incorporate into the productive matrix during the course of it,” says Mr. Flores. “Innovation is in short supply but you’re never going to see any changes until innovation enters the development chain.

“Our graduates meet world class standards. They are very good at working under pressure because that’s what we make them do here,” says Mr. Flores. Apart from its business school, ESPOL offers its 15,000 students doctorates in Computer Science and Biodiversity, in addition to a range of Masters covering most of the pure and applied sciences.

ESPOL parted company with the traditional-model research university after spinning off a large chunk of campus for the site of PARCON ESPOL, a 190-hectare, world-class knowledge park where synergies between the academic, productive and research communities can be harnessed. The seven private sector R&D institutes currently doing business there are dedicated to information technology, biotechnology, water, and sustainable development issues, nanotechnology and alternative energies, among other focuses.

“The education our students receive is meant to add value to the final product, which in this case means their professional careers on the one hand, and the innovations we hope they will incorporate into the productive matrix during the course of it”

And that’s just for starters. Mr. Flores is betting heavily that once PARCON ESPOL is fully up and running, authorities will green light a Special Development Zone known as ZILE covering much of the western coast. Goods that enter Ecuador temporarily via nearby air and seaports would remain duty free until after they are treated or otherwise modified with the technology at hand to add to their value before they exit the ZILE. “We should have done it all at once, instead of in stages, but twenty years ago the government then in office had other priorities,” adds Mr. Flores with just a hint of regret.