Article - July 28, 2011
Working alongside the Department of Education, PAGCOR commits to schoolbuilding projects and programs to feed undernourished children 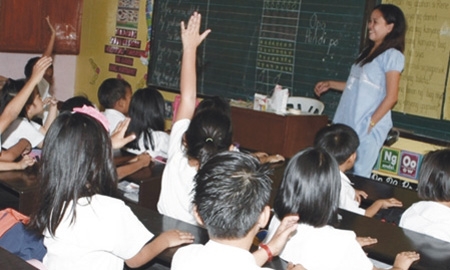 The agency is working closely with the Department of Education (DepED), Department of Environment and Natural Resources (DENR), and Technical Education and Skills Development Authority (TESDA) for the P-Noy Bayanihan Project, which aims to manufacture thousands of school desks out of confiscated logs from illegal logging. PAGCOR is giving an initial Php100 million ($2.3 million) funding for said project.

PAGCOR is also committed to building 1,000 new classrooms in the next few years. One or two-storey school buildings will be constructed in areas where there is a substantial backlog in classrooms.

The corporation also donates to public schools hundreds of school desks that are manufactured by its fabrication warehouse using the casinos’ old slot machine stands.

Also in the works is the E-Kawayan or Engineered Kawayan project where PAGCOR may provide funding for the production of school desks using bamboo. The project will help spur a cottage industry among communities.

Apart from these major projects, the state-run gaming firm is also working closely with the DepEd and the Department of Social Welfare and Development (DSWD) for its Feeding Program. The project aims to provide balanced meals for malnourished schoolchildren in daycare centers and public elementary schools nationwide.

A total of 5,756 students from 90 schools across the country benefited from the PAGCOR Feeding Program from July 2010 to March 2011. About 25,000 school children have become part of the supplemental feeding program since its inception in 2008.