Article - March 11, 2013
A diverse economy based on solid foundations has helped the Dominican Republic dodge the worst effects of the global downturn over the past five years but the country is intent on carrying out reforms to guarantee economic health in the years to come 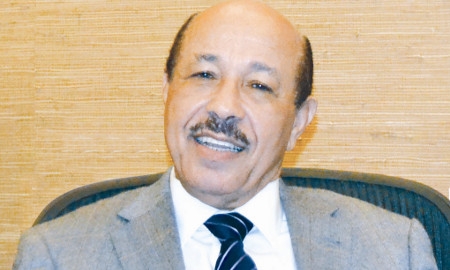 A brief, yet dramatic, fall in exports and imports did impact the nation in 2009, says Economy Minister Juan Temístocles Montás, “yet this country was able to dominate the crisis and we were one of the few world economies that grew.”
This was of little surprise as since the 1950s, the Dominican economy increased at an average annual rate of 5%, and despite the recent world recession growth has increased, although at a slower rate.
“As a result of the international crisis, growth has slowed down,” the Minister admits. For example, remittances from Dominican immigrants in North America and Europe, which help fuel consumer spending, have fallen due to the economic problems in those regions, he explains.
“However, the fact that we have continued to grow is a sign that the pillars underpinning our economy our strong,” he points out.
One vital factor contributing to this strength and stability is the economy’s diversity. Once almost solely dependent on agricultural exports like cacao and sugar cane, the Dominican Republic today boasts a vibrant tourism sector which is the envy of many of its Caribbean neighbors, a flourishing free-zone manufacturing sector and an evolving high-tech industry.
In addition a new gold mining operation will be coming online soon, boosting the country’s export figures.
But there are challenges on the horizon. The free-zone sector faces competition from both regional low-cost rivals and from Asia, while domestic demand is expected to fall in the near future.
In a bid to maintain economic stability, the Medina administration is implementing fiscal reforms including tax hikes, which is meeting some resistance from certain quarters, including the tourism industry officials who complain that an increase in liquor taxes will make the all-inclusive resorts less competitive.
But Mr. Montás argues that the reforms are necessary, with the increased revenue going towards spending on programs to improve the lives of the people such as social services, education and health care.
“The aim is to achieve a gradual but accelerated reduction of the fiscal deficit in order to maintain confidence in the Dominican economy and not to increase our risk premium,” he explains.
“This way we ensure our credibility and get foreign investors to continue to invest in our country,” Mr. Montás explains, pointing out that the Dominican Republic is a regional leader in attracting FDI thanks to government steps to ease the investment process.
Another factor drawing investment is the country’s free trade agreements with the U.S., the European Union and Central America which facilitates exports to those markets.
“That’s why the Dominican Republic has become a platform for companies from other countries which use us to export to these destinations,” the Minister says.