Donetsk in the driving seat

Article - January 19, 2012
Whether you talk politics or business in Ukraine, all roads lead to Donetsk 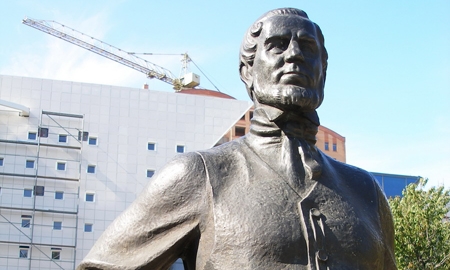 JOHN HUGHES THE WELSHMAN AND FOUNDER OF DONETSK
SHARE

The Donetsk region boasts 12 per cent of the country’s natural resources, making it Ukraine’s richest in this regard. Its companies produce 22 per cent of overall industrial produce; 45 per cent of finished coal, aluminium and ferrous metals; 46 per cent of steel; and 13 per cent of the nation’s energy. Well-developed infrastructure, modern telecoms and access to the Black Sea mean that in terms of external trade Donetsk is one Ukraine’s leaders.

In-depth professional training is also key to the region’s economic strength. Workers are highly motivated and it ranks top in terms of on-site specialised research and training. Donetsk’s GDP per capita is one third higher than the national average.

Donetsk accounts for 25 per cent of Ukraine’s innovation-related spending. Business leaders have been far-sighted in cooperating with bodies such as the AER and OECD. Furthermore, they have clearly identified the needs of overseas investors. Ralf Goldmann, head of the European Office Donetsk Chamber of Commerce and Industry explains: “We formulated a way to give companies a helping hand. So far, we have had a number of success stories.”

Gennadiy Chyzhykov, president of the Donetsk Chamber of Commerce, highlights the can-do attitude of the workforce and says: “People come here to focus on their business and to be pragmatic. We have a positive future based on the human resources here.”

President of Investments and Developments (I&D) Vasyly Mikulin says: “We have seen many positive political changes which indicate the future direction of the country.” I&D’s chief strategic officer Alexey Gavrish exemplifies the confidence shared by the nation’s business leaders. Of the challenges ahead, he says: “Bring them on.”

The landscape of Donetsk is changing, with a new stadium and roads, for example. “The city is becoming more beautiful,” says Alexander Tislenko, chairman of the board of directors at Altcom. “We are constructing a modern airport that will become a hub between Eastern Europe and Asia.”

He adds: “A considerable number of country intellectuals are concentrated here. The world’s flagship technologies are coming to the city, and not only thanks to Altcom: nearly every entrepreneur tries to be maximally effective in the markets, using innovative methods and technologies. New, modern business-centres are being constructed; it will be beautiful, hospitable and investment-friendly here.”