Diversification efforts propel non-oil sector, which now accounts for more than 80% of GDP 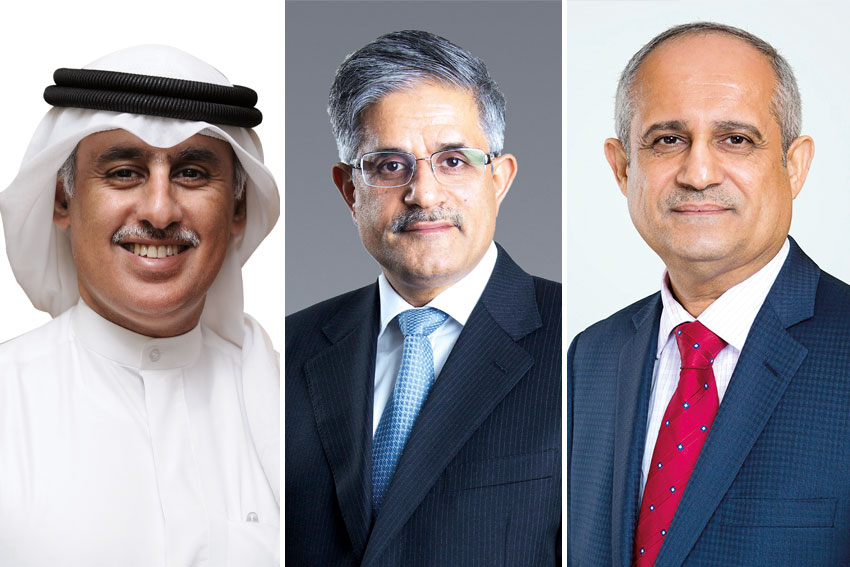 As the first Gulf state to discover oil in 1932, Bahrain’s fortunes have long been tied to those of hydrocarbons. But with limited reserves compared to its neighbours, it also grasped the need to diversify its economy beyond the black stuff far earlier than most.

“Bahrain is a different story in comparison to other GCC countries that are still heavily reliant on the oil sector for GDP contribution,” says Zayed R. Alzayani, Minister of Industry, Commerce and Tourism. “We are the most diversified economy in the region.”

“Developing the non-oil sector has been a government priority for decades and much of the growth in this segment has come down to creating a business-friendly environment.”

With oil prices touching multi-year lows, the government’s need to spur investment into non-oil sectors is more pressing than ever.  By bringing in a raft of measures to make life easier for businesses, Bahraini officials hope to accelerate non-oil sector activity to minimise any external shocks from the volatile commodity. “In commerce, we overhauled the company registration process, changing the company registration laws. We removed minimum capital requirements for companies and the requirement to have minimum qualifications; meaning for example that you do not need to be a doctor to open a hospital,” says Mr. Alzayani, adding, “we started looking at the individual as financial investors, rather than technical experts capable of running the operations.” What’s more, the ministry’s recently-launched online portal, Sijilat, means a company eyeing Bahrain can submit its application to the government from anywhere in the world.

Investors will also be guaranteed utilities availability, thanks to the expansion of the LNG terminal, due by 2019, that the ministry says will solve electricity supply issues and provide constant and consistent power for industry.

As well as the LNG terminal, Bahrain has an impressive pipeline of large-scale infrastructure projects which will help other, smaller sectors to grow. One of these is the £900 million airport modernisation programme which will go some way to help the government reach its target of 15.8 million inbound tourists by 2018. The ministry, via the Bahrain Tourism and Exhibition Authority (BTEA), is spearheading a robust marketing campaign to promote the sector, which is already seeing results. “We have witnessed a steady rise in hotel occupancy rates, which were at 45 per cent in 2013, before slowly climbing up to 50 per cent in 2014 and reaching 52 per cent in 2015. Moreover, the current average expenditure of a tourist is BD120.6 (£258.95) and we aim to increase it to BD136 (£292.01) the next three years,” says Minister Alzayani.

To drive export activity among manufacturers, the ministry has teamed up with the Economic Development Board (EDB), Tamkeen – a national organisation tasked with developing the private sector – and Bahrain Development Bank (BDI) to create an export development centre. In addition, the government has implemented a range of measures to cut the time to export goods to Saudi Arabia via the King Fahd Causeway. “Expanding exports is a strategic necessity for our government and part of an essential business strategy for the Bahraini private sector. Exports will boost the economic sector and give products of Bahraini companies more exposure in global markets. We want to change our youth from job seekers to job providers,” says Minister Alzayani.

For Dr Ebrahim Mohammed Janahi, Chief Executive of Tamkeen, the key to developing and diversifying the economy is in “supporting Bahraini citizens to become employees of choice and empowering the private sector, turning into a key driver of sustainable economic development.” Thus far, Tamkeen has launched 60 initiatives to support more than 38,000 private sector enterprises, a whopping 46 per cent of all active registered companies in the Kingdom. “With Tamkeen’s help, 55 per cent of business owners increased the number of their Bahraini employees,” says Dr Janahi. “By promoting and encouraging entrepreneurial spirit, Tamkeen aims to motivate young Bahrainis to innovate and take part in diversifying the private sector while creating new job opportunities,” he adds.

While these institutions work hard to broaden economic activity within Bahrain, the Kingdom’s investment arm, Mumtalakat, is playing its own role in boosting the non-oil sector. “Sovereign wealth funds in the GCC have been pivotal in the diversification efforts of regional governments. In fact, you find very few funds investing in the oil sector. Rather, they have been investing regionally or internationally in a variety of sectors away from oil and gas,” says Mahmood Hashim Alkooheji, Mumtakalat’s chief executive officer. “This allows for two forms of diversification: geographical diversification and sector diversification.”

Strategic investments by Mumtakalat have had a major impact on the Bahraini economy. For example, in 2008 the sovereign wealth fund took ownership of Aluminium Bahrain (ALBA) – one of the largest aluminium smelters in the world and an industrial powerhouse that generates millions in export revenue for the Kingdom. It put ALBA through a restructuring process that enabled a successful IPO on both the London and Bahrain stock exchanges in 2010. Ten per cent of the company’s stock is now publically owned. Another key example is Gulf Air, which reduced losses by 62 per cent thanks to a restructuring programme implemented by Mumtakalat last year.

“Mumtakalat partners with companies and investors seeking an active investment partner with a long-term perspective. We look at investment opportunities that are commercially viable. Mumtalakat’s typical approach to such investments is to establish a significant minority interest in the equity of the company and to secure board representation and appropriate shareholder rights,”  says Mr. Alkooheji.

Today, the myriad of government initiatives to diversify the economy are bearing fruit.

“We are proud of what has been achieved during 2016. Our success in doubling the investments during last year comes as a result of unifying our efforts with various government bodies to ensure Bahrain is truly business-friendly,” says CEO of EDB, Khalid Al Rumaihi, who points out five priority sectors for investors: financial services, logistics, tourism, manufacturing and ICT.

“We now believe we have competitive positioning and good value proposition in these five identified sectors that would allow us to reach the kind of volumes we are aspiring for (around $500 million).”