Pioneering leads to success for KCMCC 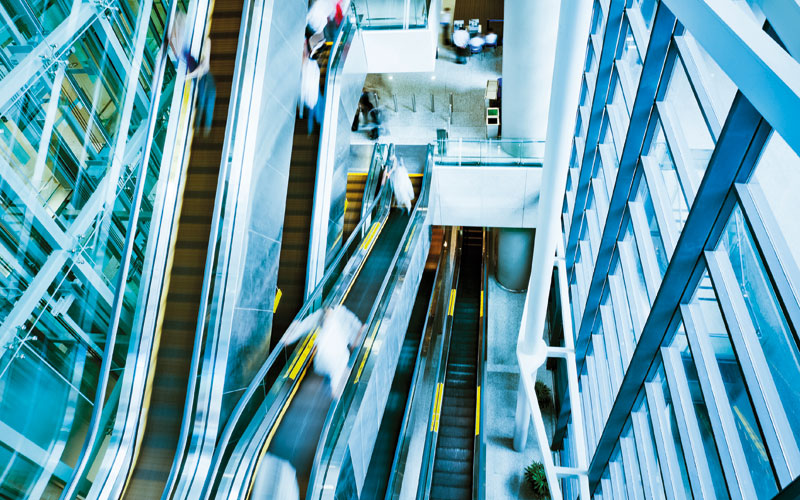 KCMCC FOCUSES ON OWNING, MANAGING, RENTING AND LEASING COMMERCIAL CENTERS, THE RETAIL OF CONSUMER PRODUCTS, AND THE ESTABLISHMENT AND MANAGEMENT OF DUTY-FREE MARKETS
SHARE

Kuwait Commercial Market Complex Company (KCMCC) is a Kuwait-based publicly-traded company succeeding in several major areas of interest. It focuses on owning, managing, renting, and leasing commercial centers, which include commercial complexes, shopping malls, industrial and commercial showrooms, restaurants, coffee shops, and entertainment centers. KCMCC is also involved in the wholesale and retail of consumer products, as well as the establishment and management of duty-free markets.

The company divides its projects into four segments. The first is services, which includes the Central Fruits and Vegetable Market, chalet service centers, highway rest stations, and Mubarakiya Souk – described as “an oriental-Kuwaiti heritage market for food, vegetables, and meat” by the company’s CEO, Dherar Khaled Al-Rabah. “It is now an entire concept, the heritage market,” he explains.

The second segment is recreation and tourism, including the Marah Land Park in Oman, Sahara Golf and Country Club, Al-Shaab Park and Al-Sabahyia Park.

Mr. Al-Rabah has keen insight into the unique challenges his company faces in Kuwait. He acknowledges that in Kuwait, “We need discipline. All of us must know our functions, because what we are doing now is interfering in everything, as there is a lot of overlapping in functions.”

Clearly designating responsibilities, and then leaving people to those responsibilities, would streamline business considerably and encourage growth. Mr. Al-Rabah believes that “bureaucracy is the number one enemy of development. For example, obtaining a license or any transaction should be through email or online. There should be a system for obtaining a license, for establishing a company, so you can do everything quickly and decrease bureaucracy.”

Reducing bureaucracy isn’t the only improvement that Mr. Al-Rabah foresees. “I also think that putting the right person in the right place is an important step. We [in Kuwait] have a lot of good people but they are not in a good place. Changing this attitude is a good step towards development.”

Of course, there are also ample benefits to leading a company as successful as the KCMCC in Kuwait. “The positive things we have include our laws, constitution, cooperation, free media: you can say anything, anytime, to whomever… I am still optimistic that Kuwait is the best country in the region.”

Part of Mr. Al-Rabah’s optimism is due to his company’s success. His years of experience in finance have helped the 32-year-old company reduce its debt from KD128 million ($443 million) to KD70 million, with plans in place to reduce it a further KD50 million in just months. Mr. Al-Rabah is quick to give credit for these accomplishments to cooperation between the company’s management and its board of directors. “It was a challenge, but we did our best – the board and the management,” he says. “After five years of the [global financial] crisis, the most effective companies amidst the crisis in Kuwait are the investment firms.”

KCMCC has reason to be proud. “We have pioneered BOT (build, own/operate, and transfer) projects since the liberation ended,” Mr. Al-Rabah explains. Because the Kuwaiti government has control of the land, the BOT solution works well for everyone involved. The process guarantees efficiency in management, and it enhances the private sector’s participation in the country’s development and promotion of the country’s vision of an active private sector leading the economy. The Mubarakiya Souk is an excellent example of this; KCMCC has worked on this project with the government for 20 years.

The company has built on its experience of the past three decades. “In Salmiya [one of the country’s largest areas with both commercial and residential areas], we have the biggest commercial area in Kuwait: a big project there called Boulevard,” Mr. Al-Rabah says. What used to be an empty, desolate area of land is now the country’s largest tourist destination, full of opportunities for shopping, dining, fitness, and the arts. “The company owns 60%. We are talking about not less than 20% revenue annual of the projects, which is not less than KD10 million [over $35.5 million] annually. It will be very good revenue for us in the future.”

Mr. Al-Rabah’s warm smile shows his attitude towards business in Kuwait. “I am always optimistic.”