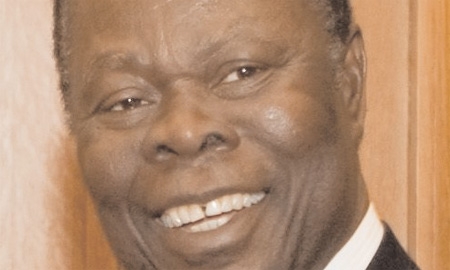 Why did President Barack Obama choose Ghana for his first presidential trip to sub-Saharan Africa? He could have gone to Nigeria. Ghana’s regional counterpart is, after all, Africa’s most populous nation, and the continent’s third-largest economy after Egypt and South Africa. He could have made a symbolic trip to Kenya, birthplace of his father and home to many of his family members. Instead, in July 2009, President Obama chose Ghana.

His trip to Ghana came at the end of a summit in Europe with eight of the world’s most powerful nations. In Ghana, the President had breakfast with Ghanaian President John Atta Mills, visited a hospital and a former slave fortress, and spoke before the Ghanaian parliament about the empowerment of African nations.

As he explained in his parliamentary address, President Obama chose Ghana for his first visit because of its strong democratic record. Delivering the message that Africa’s future was up to Africans, the U.S. President stressed the importance of good governance in development, praising Ghana’s own progress, governance and economic growth, and holding it as a model of democracy in Africa.

“There have been many exchanges between your presidents and Ghana, in addition to visits by our own leaders to the U.S. These culminated in the historic visit by President Barrack Obama to Ghana, which has set the stage for increased exchanges between the people of Ghana and those of the U.S.,” says Ambassador of Ghana to the U.S. Daniel Ohene Agyekum.

“The political dimension of this relationship is concerned with maintaining it, and ensuring that it continues to be characterized by a spirit of friendship. At the same time, on the basis of this warm relationship, we need to develop and sharpen the tools of our economic diplomacy.”

The U.S. is among Ghana’s main trading partners. The discovery of major oil reserves has led many U.S. firms to enter the Ghanaian market in both upstream and downstream industries, and mining companies and agri-businesses from the U.S. have also increased their investments in the country recently, drawn by Ghana’s political stability, sound economic management, low crime rate and educated workforce.

“Why did President Barrack Obama visit Ghana?” concludes the Ambassador. “I believe that it is because we have created an economic environment that is attractive based on the stability that we have achieved over the past three decades. That stability gives us an advantage.”